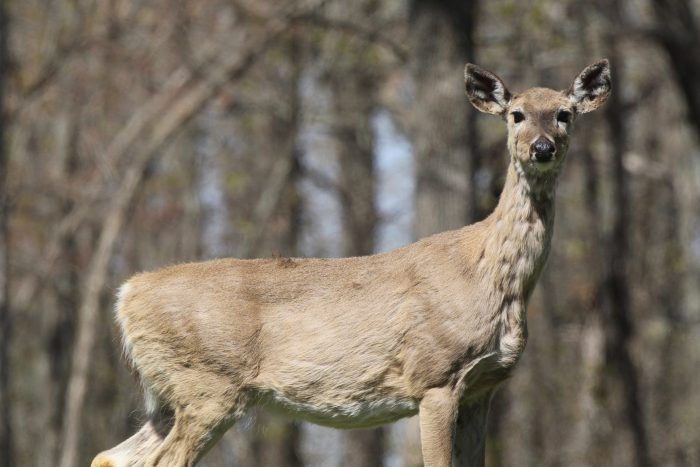 A mule deer buck shot by a hunter Nov. 12 north of Chester on the Highline near the Canadian border has tested positive for chronic wasting disease.

The deer was taken in hunting district 401 in Liberty County.

The test results mark the fifth incident of CWD discovered in Montana wild deer this fall. The other four deer came from south of Billings. Until this year, CWD had not been found in Montana, though the disease exists in wild deer herds in Wyoming, North and South Dakota, Saskatchewan and Alberta.

In anticipation of the disease coming to Montana, FWP recently updated its CWD response plan, and FWP director Martha Williams assembled an incident command team to respond to the detection near Billings. FWP is in the process of putting together a team for the latest detection north of Chester.

An incident command team defines an initial response area (IRA) around where an infected animal was harvested, and may recommend a special CWD hunt to collect enough samples to determine disease prevalence and distribution. The specifics of this hunt would be determined by the incident command team.

FWP has organized a hunt to respond to the detections in south central Montana. This hunt will come before the Montana Fish and Wildlife Commission at their meeting Thursday in Helena for final approval.

It has not been determined yet if a special CWD hunt will occur at the site of the latest detection north of Chester. Currently, there is no general deer hunting season open near where the deer was harvested in HD 401.

CWD can only be effectively detected in samples from dead animals. CWD is a progressive, fatal disease affecting the central nervous system of mule deer, white-tailed deer, elk and moose. It is part of a group of diseases called Transmissible Spongiform Encephalopathies (TSEs). TSEs are caused by infectious, mis-folded prion proteins, which cause normal prion proteins throughout a healthy animal’s body to mis-fold, resulting in organ damage and eventual death.

Though there is no evidence CWD is transmissible to humans, it is recommended to never ingest meat from animals that appear to be sick or are known to be CWD positive. The federal Centers for Disease Control and Prevention recommends hunters who have harvested a deer, elk, or moose from a known CWD-infected area have the animal tested prior to consuming it. If hunters harvest an animal that appears to be sick, the best thing to do is contact FWP and have the animal inspected.

For more information on CWD and FWP’s response, please look online at fwp.mt.gov/CWD. You can email CWDresponse@mt.gov.