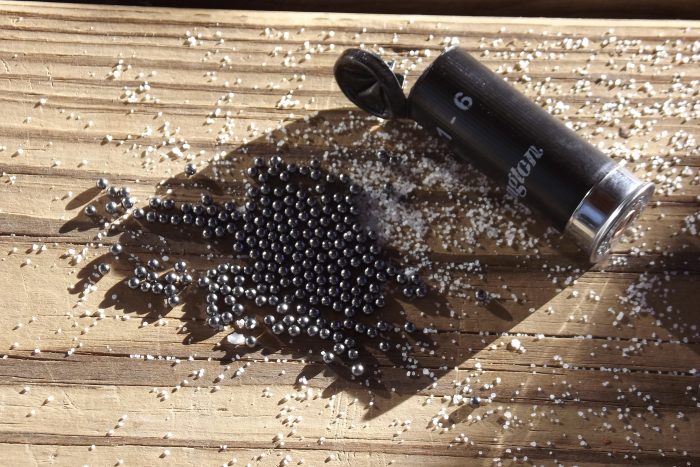 Don’t lie your 12-gauge shotgun down on the ground if you have dogs with or around you.  Why, you ask?  Because your bird dog could accidentally step on the trigger guard leading to your weapon firing.  That exact thing actually happened in Iowa on the afternoon of November 29th.

According to Iowa DNR, 36 year-old William Rancourt from New Hampshire was out pheasant hunting on Iowa’s Boone River Greenbelt Conservation Board Public Hunting Area with a few buddies and was actually “hit in the back by bird shot pellets from another hunter’s 12-gauge shotgun.”

The dog just stepped on the trigger guard, leading to the firing of the weapon, and hit Rancourt in the back at just over 20 yards away.  He ended up going to the hospital with “non-life threatening injuries”.

So, yeah.  You tell us what the moral of this story is…..