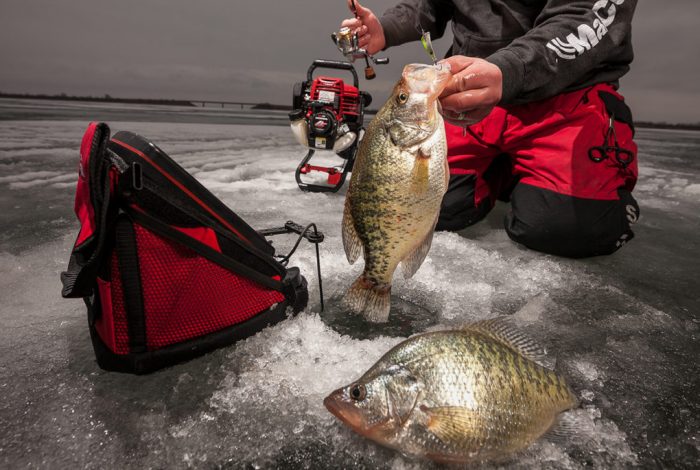 Linda   reports, “Earlier this week we had ice forming and then that melted.  Now the weather is getting colder and it is starting to make ice again.  We went fishing from shore with friends and did not get anything.  We made a fire on the shore roasting sausages and enjoying each theirs company but caught no fish.”

Raymond  said,”  We have not seen any fishermen this week.  It has been pretty quiet. The water has a thin cover of ice.  I think if the weather stays cold we will make good hard ice this next week.  It is all dependent on the weather and the forcast  looks good.  “

Wade says, ” Right now there is a too thin sheet of ice  over the whole lake.  We have cold weather coming so it should thicken up. I am opening the Marina next   Friday.  Then we will be open Sat and Sunday.  Our hours will be 6 am to noon each day.  I have minnows, worms, tackle, beer, pop and snacks.  If you want to know more information check out Tongue River Marina on facebook.

Layne says,” We have no one out here fishing.  We have no ice and the water is wide open as of right now. The weather has not been very nice, pretty cold. No one wants to be out in that.”

Aaron reports.” I am not seeing any fishermen right now.  There is a cover   of ice.  It is open in the center and on a bit of the north side.  There is no shore so there is no shore fishing.  I went out with my spud  and found it was too thin on the north side. One hit of my spud and I broke through.  On   the south side  it was thicker.  It took three hits with the spud   to break through. Hopefully the cold weather coming will help.   “

Ken   reports , ” Elmo has ice but has been icing up one day and then breaking open the next.  With this current cold weather it is icing up again.  I think if the weather gets as cold as they say it will cover it all but it may be a week or two  until it is thick enough.  I have not   seen any fishermen. They were fishing  at the dock but I have not seen anybody lately. I suspect there is ice there. “

Terry says,” The wind has blown a lot  this week.  No ice news yet for Martinsdale.”

Rick says, “  There is 6 inches of ice in some places.  People have been fishing on Bair and Sutherland.  Worms, corn and maggots are working. We have had wind. ”

Dale says, “It is snowing here right now. (Wednesday)   So I  think it will be making ice with the cold that is coming.  Spring Creek  is still clear water. It was hard to fish there  because there was so much wind.  ”

Unable to contact.   No fishermen have been down.  The Marina is closed until December 20th. “

Sharon says,”  There is 6 inches of ice.  You can walk on to drill.  They are only catching trout  you can not get out far enough to catch perch yet.  The ice is out about a mile.   We do have maggots and have  gotten in  our ice fishing  items.  Don’t forget the Broadwater Lions Club Ice fishing Tournament on January 27th and 28th, 2018.   “

Jim says,” On Forchette  you can  still go out in boats.  It is open. (Tuesday)  Nelson is speculative.  It   has had a few people  in the bay ice fishing in the shallows.  It should freeze up more with the storm coming. We do have bait,  minnows and crawlers  here if guys need them.”

Jayce says,” We have had guys really gearing up for ice fishing.   I have not heard much on fishing.

Beartooth: In the Beartooth mountains some guys were ice fishing on Greeno   by   Red Lodge.

Georgetown: Georgetown I also heard had ice not a ton in some places they say.

Sutherland: I heard some guys got some ling through the ic.

Rich says, “  The rivers have no  ice again. The ice is gone.

Harrison has 5 to 6 inches   of ice.  They   caught some rainbow, browns and brookies

I also talked to someone who said George Town has ice.

There has been lots of wind and not much cold this week.”

The rivers   are open.   Wading is also possible where the bank is clear.   Try a wooly bugger.  Streamers and nymph fishing should work.

The water is less off color.  The visibility of the water is not good. The grass is still in it. Try a streamer  maybe  in black with a flasher.  Fishing is slower. Watch the redds if you see them and stay off that area.”

Collette   said,”Use a streamer and go deep and slow.   The fishing has slowed down.  You will see clarity to 3 feet now.  The wind is a big factor.  It has been blowing.  Nymphing is real slow.”  For the holiday we will be closed until December 2st to the 3rd. After that we  will be  open   8 am to noon all week. “

Alice says,”It is very wintery weather around here, but I know some folks have caught a few fish on streamers on the Madison. We were fishing on Tuesday and we were   nymphing . We used a   size 14 stonefly pattern and they  were working. There were a few midges blowing around but I think fish are more willing to eat them on the cloudy, calm days. Nymphing is the most productive on the Madison this time of year.