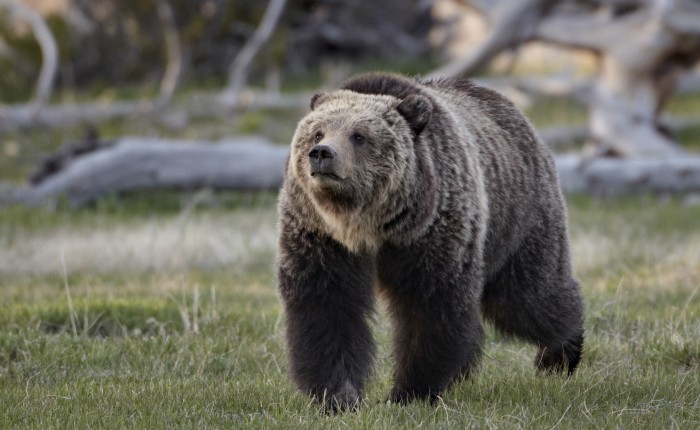 (KALISPELL, Mont.) – A group of hunters encountered an adult female grizzly bear and its two yearlings off Foothills Road north of Bigfork and shot the adult female.
The hunters were uninjured and the fate of the animal is unknown at this time.
The Montana Department of Fish, Wildlife and Parks is reminding the public that bears are still active and searching for food before denning for wintertime. Residents are reminded to remove food attractants, such as garbage and bird feeders, to avoid conflicts with bears.
Outdoor recreationists are encouraged to remain “bear aware” and take preventative steps, including carrying bear spray.
On November 26, at approximately 12 p.m., three hunters were in the Peters Ridge area. Two of the men were walking down a ridgeline and a third man was nearby. The two individuals entered a brush-covered area when an adult female grizzly bear emerged approximately 60 yards away and charged them. The two individuals yelled at the animal before firing their rifles at the grizzly bear. They each fired another round in the general direction of the bear while fleeing. They met up with the third individual at their vehicle and left the area. Wildlife officers were later notified. The individuals were not carrying bear spray.
FWP officers investigated the incident and determined the adult female grizzly had been wounded in the encounter. Officers tracked the bear for approximately one mile without finding her and the search was eventually suspended due to poor conditions and the lack of snow.
Information from the investigation was shared with the U.S. Fish and Wildlife Service.
In Montana, grizzlies are managed concurrently by FWP, USFWS and tribal wildlife managers.
For more information about preventative measures and other ways to “Be Bear Aware,” please visit fwp.mt.gov.

This article is a news release by the Montana FWP.