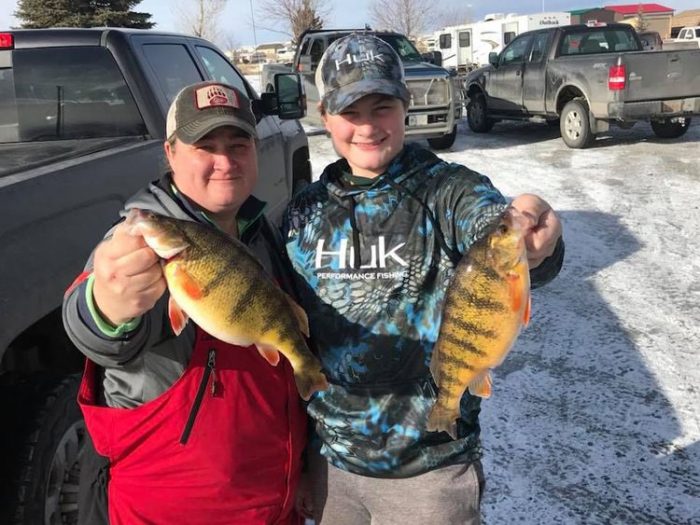 The Broadwater Lions Perch Derby at Canyon Ferry set records this past weekend!

“A record number of anglers fished for the often elusive perch, which meant big prize money for those who found the right spot. About 500 anglers fished the individual event on Saturday, with 50 of those in the junior category. Then on Sunday for the team event, 93 teams – more than 20 more than the previous record – headed out onto the ice, with two teams tying for first place.” via Tom Kuglin Helena Independent Record

According to the article, a total of $2,800 was paid out on Saturday alone, and on Sunday, teams of three anglers were allowed to bring in 10 perch for the heaviest combined weight, and two of those teams had just over 10 pounds and EACH team actually won $1,665!

The article also stated that “Top prize in the adult category was Jessica Collinsworth of Anaconda and her 1.45-pound perch, netting a cool $1,400. Her son Hunter Collinsworth took second among the juniors with a 1.14 pounder.”  You can see Jessica and Hunter pictured above. (photo credit: Scott Collinsworth)

There were so many prizes and so much fun, it’s hard to imagine beating this record number of anglers next year, but with these results, we just might see it!

To read the article in the Helena Independent Record and to see more pictures, click here.