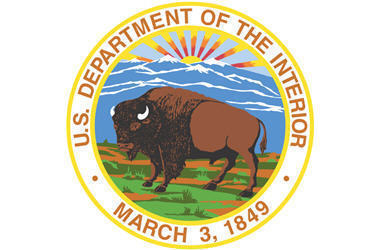 Today, the Subcommittee on Oversight and Investigations held an initial oversight hearing on policies and concepts for reorganizing the Department of the Interior (DOI) to improve resource management and better serve the American people.

“The Department has lost touch with the concerns of Americans,” Subcommittee Chairman Bruce Westerman (R-AR) stated.

In March, President Trump issued an Executive Order directing the Office of Management and Budget (OMB) to propose a plan for reorganizing governmental functions to improve the efficiency, effectiveness, and accountability of federal agencies.

In complying with this EO, DOI must submit a restructuring plan to OMB.  The panel discussed potential policy changes and desired outcomes for consideration in any final DOI plan, including the need for increased decision-making authority to local land managers based in the communities most impacted by the DOI management decisions.

“Government reorganization is not a new concept,” Chairman Rob Bishop (R-UT) stated. “Fortunately there is now an Administration that recognizes there is a problem. We need to restore the trust between people, the Administration and the DOI by giving more authority and flexibility to the field level.”

DOI oversees more than 400 million acres of federally-owned land, with a large percentage concentrated in the West. In recent years, there has been a decline in the agency’s ability to provide efficient, effective and transparent service to the American people, including a deterioration in federal land management and a failure to tackle more than $12 billion in maintenance backlogs.

Nicolas Loris, Herbert & Joyce Morgan Research Fellow for the Heritage Foundation, attributes the “sheer size and diversity of the federal estate and its resources” to the decline at DOI, and emphasized the need for a paradigm shift in the nation’s approach to federal land management.

Shawn Regan, Research Fellow for the Property and Environment Research Center, discussed how DOI’s centralized organizational structure is a vestige of the Progressive Movement of the early 20th century.

“During that time, the nation’s natural resources were believed to be best managed not by locals but by experts, primarily located in Washington,” Regan said. “This view, however, has since been widely rejected. Nonetheless, our federal land institutions—many of which were created during that earlier time—still largely reflect the Progressive-Era belief in centralized control.”

The panel stressed the importance of relocating additional agencies away from Washington, D.C. to be closer to the people, lands and economies they oversee and regulate, and devolving authority to these offices, including the Bureau of Land Management (BLM), which manages 245 million acres in the West.

“Because of the large footprint of federal lands in the West, BLM decisions disproportionately affect westerners,” President of the Western Energy Alliance Kathleen Sgamma stated. “Decisions that are usually made at the local level, such as those regarding municipal water supplies, county roads, hiking trails… [are] better made jointly with a BLM that is locally integrated with communities, rather than Washington, D.C.”

Chairman Bishop, Chairman Emeritus Don Young (R-AK) and all five Subcommittee Chairmen sent a letter to the President supporting the Administration’s efforts to reorganize the federal government, urging any DOI reorganization to include the relocation of select agencies out West.