The Positive Thing About Wolves
By Toby Trigger

Whether we like wolves or hate them we now live at a time unlike any in recent history. There is a new animal on the landscape that we all are trying hard to figure out. In a sense we are all starting all over again, studying and learning with childlike fascination regardless of our current age. 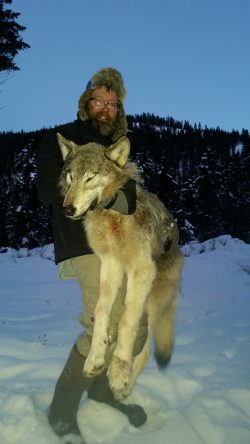 Huge tracks and scratch marks in the snow now take on the same aura that muskrat beds and coyote tracks did in my youth and it’s that the same passion I’ve seen ignited in some men nearly twice my age. There is a common bond among trapper’s both young and old that I don’t recall from childhood where even the top trappers are able to learn and share on such an equal level across generation gaps and skill levels. 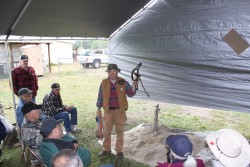 What once tended to separate the young guys like me from trappers whom I still can’t help but look up to and admire as heroes now brings us together with a sense of newness. And it happened unexpectedly with the advancement of new trap designs lures and methods, the result of this new trapping opportunity that none of us really wanted. We are all learning what works and what doesn’t at the same time. 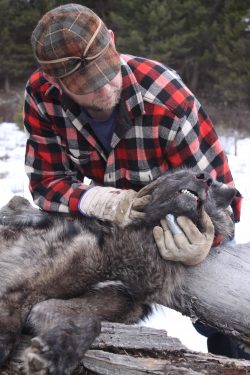 As time rolls on and top wolf trappers are acknowledged for their expertise and favorite sets are mimicked by young trappers who look at old trappers and see heroes instead of the crusty old trappers they really are, I hope everyone feels the excitement that’s transcending age and experience among western wolf trappers right now. If ever there was a time to relish camaraderie among trappers the time is now and the place is the western U.S.

So find a successful wolf trapper, young or old and share the excitement that comes with learning how to trap!