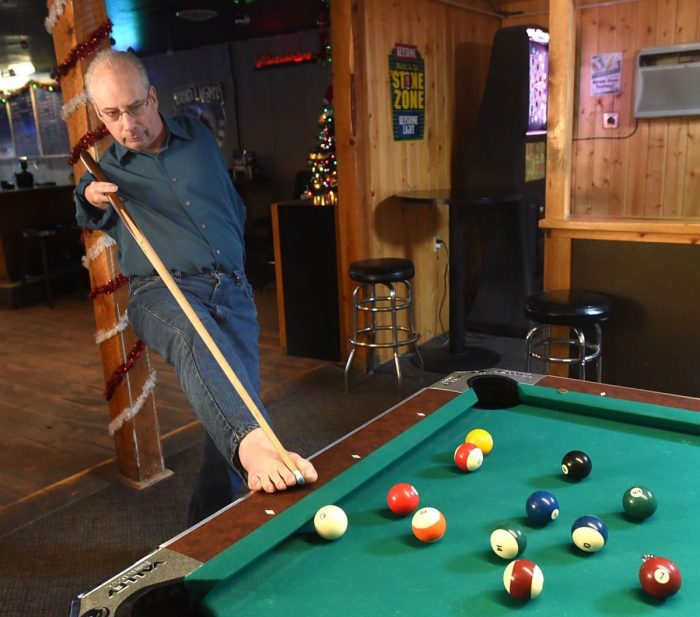 Unarmed but still shooting (by Brett French)
By angelamontana

Paul Pawelko is a hunter and angler. He likes to shoot pool and used to play darts. Pawelko is like just any other Montanan who loves the outdoors, except he has managed to navigate his way through life with no left arm and only a short right arm that has three fingers. To shoot, he uses his left foot to balance the end of his 6mm rifle, on which a friend modified the stock to make it rest on his right shoulder. This year he bagged a whitetail buck. To learn more about Pawelko’s unique life, check out my story in Montana Untamed at http://montanauntamed.com/get-outside/article_b9d994cc-8215-5ffe-9c4f-884f6ca86ea8.html