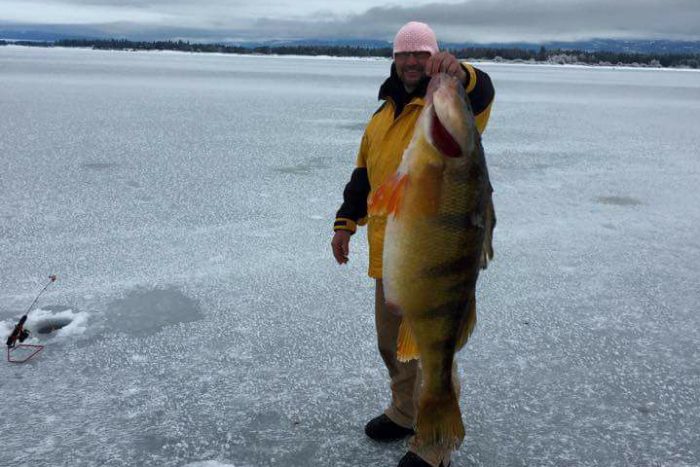 Here is a post you might see out there on Facebook.  I personally think these posts are funny and entertaining, but some people get really angry.

This 89.62 lb Yellow Perch was just caught on Lake Cascade! Caught on click bait, tipped with a maggot, and the maggot was tipped with a small egg pattern, tipped with a San Juan worm that was dipped in troll sauce. Looks like they crushed the almost 3lb record! If you go after one yourself, be safe on that ice! 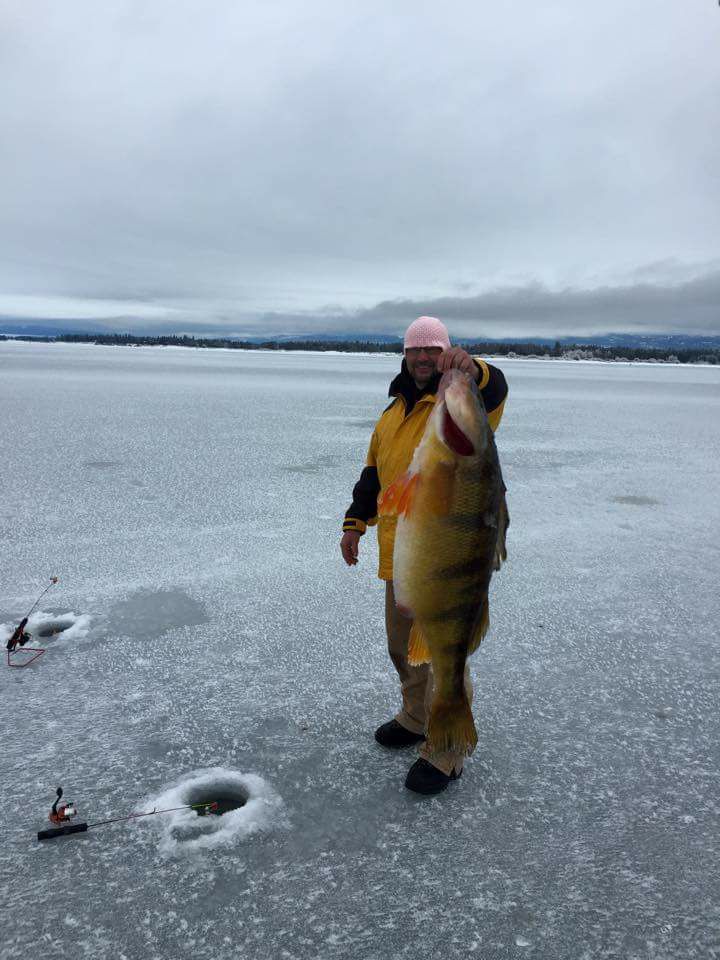 To add to the skepticism of many anglers (lol), here are some of the other comments:

Tyler Morrick It’s real I was there my cousin Daniel Nilges took the photo of the monster. It was 5 miles from a nuke plant they say some fish were exposed and grew to unexplainable sizes! The guy is having a hard time getting it certified as the world record so it’s getting sent to the Utah State University Ecology department for their Ichthyologist to determine its DNA make up and determine if they can possibly replicate this fish by spawning the 34,276,018 eggs that were harvested from this pregnant female. Good luck to Bill in getting it certified as a World Record.

Tim Johnson It’s just sad he could not prove the record because right after this photo, Bigfoot ran across the ice and grabbed the fish from him. Halfway across the ice the Lock Ness Monster broke through the ice and ate Bigfoot and the fish! Better luck next time…

Butch Lloyd SWIF SouthWest Idaho Fishing The hole in the ice isn’t big enough for that fish. And his arms aren’t long enough to get it close enough to the camera to look that big. Photoshop

Carey Cox SWIF SouthWest Idaho Fishing it’s still a lie the fish isn’t not as big as you are trying to say.

Then finally, the page that posted it did this comment:

SWIF SouthWest Idaho Fishing Ohhhh GGGEEEZZEEE some of you people are getting so spun up about this! Learn to laugh!

Now, I know fishing is no joke to many, but how can you be mad at this?  What are your thoughts on posts like this?  As anglers, do you get mad?  Or do you laugh it off?