Zero In Fun! (with Colonel Smoothbore)
By angelamontana 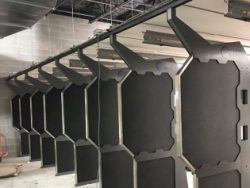 While we have lots of shooting opportunities in our great state of Montana, but the cold dark days of winter can often throw a wet towel on our fun. While most outdoor rifle and pistol ranges are open year round, bitter cold, too much darkness, and bone chilling wind can really limit our options for shooting. Now, Montanans have a new and exciting facility to enjoy shooting year round.

The Zero In Indoor Shooting Center will open on February 1, 2018, just a short 4 days from now. Zero In is one of the finest shooting facilities, not only in Montana, but in the entire United States. Recently, I had the pleasure of conducting two NRA Range Safety Officer courses for the staff at Zero In. I can tell you without a doubt the folks who completed the courses are some of the very best students I’ve ever had the pleasure of instructing. These RSOs really know their duties and responsibilities and will be more than able to aid Zero In’s customers with shooting safety, and with enjoying this great facility. 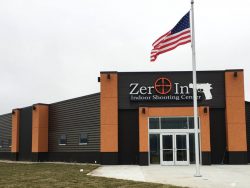 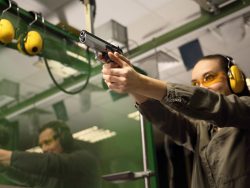 Let me tell you a little bit about Zero In. Located at 93 Laura Louise Lane (just west of Jackrabbit Lane) in Bozeman, Montana, one will find a brand new state of the art shooting facility. Some of the features of Zero In include two simulation rooms offering over 1000 possible scenarios giving both law enforcement and civilians training opportunities unrivaled anywhere. There are three shooting bays; one with five 25 yard lanes, another with ten 25 yard lanes, and a spectacular five lane bay at 100 yards. No more fighting that wind, cold, and darkness. In addition, there is an ever growing pro-shop and a large number of training courses available for students of any experience level. For beginners who want to learn the basics of gun ownership and use to the very experienced who want to improve their skills, Zero In has classes for all. Now let me offer some information on two of the principals at Zero In. 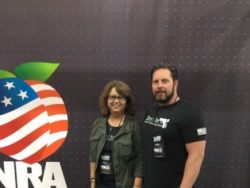 Owner Andy Ruhland is an eight year decorated United States Army veteran and served in the 82nd Airborne, 325th Airborne Infantry Regiment at Fort Bragg, North Carolina.  Following after military service, he stayed in North Carolina while obtaining an Associate’s Degree in Machine Technology and studied Mechanical Engineering. While going to school Andrew worked in industry to obtain a Journeymen’s Tool and Die diploma.  In 2000 Andrew opened up his own business, Ruhl Tech, producing advanced breaching tools, ladders and extensive training equipment used throughout the Special Operations Community to include all Federal agencies, Military and Law Enforcement. From 2000 to present he worked closely with SOF (Special Operation Forces) instructors of urban movement and breaching courses, participating in instructor train up exercises yearly.

This allowed for a better understanding of SOF’s peculiar issues faced in real world operations leading to fast and accurate solutions. Train ups included vehicle movement in and around urban environment, vehicle and foot approaches to buildings, mechanical, ballistic and Net Explosive Weight (N.E.W) calculations, overpressure calculations, and placement of explosive breaches for light and heavy doors, windows, walls, and vehicles.   Holding 6 patents ranging from gun mounts to breaching equipment and combined knowledge for more than 30 years’ experience in Machining, Manufacturing and as an Breaching Instructor, Andy has earned recognition and sales all over the world.  In addition to all of these accomplishments, in 2017 Andy attended A.L.E.R.R.T’s  (Civilian Response to Active Shooter Events) better known as CRASE, Train the Trainer program where he obtained an Instructors certificate, to help assist in public safety and situational awareness. 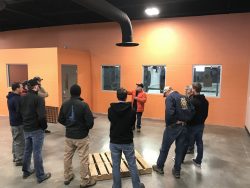 Lead instructor Todd Nunley is a decorated law enforcement officer with over 30 years service in both the municipal and federal levels. Todd spent 6 years as a municipal police officer with assignments in both patrol and narcotics. As a police officer, Todd assisted with the initiation of an entry team prior to it becoming a recognized SWAT team.  In this, Todd was assigned to execute high risk drug warrants, which also correlated with his assignment in narcotics. The next 25 years were spent at the federal level within the United States Department of Justice with assignments in Oklahoma City, Oklahoma and Dallas, Texas.  During this time, Todd was selected and successfully completed the agency’s Special Operations Basic Training where he held positions as Entry, Breacher, Sniper and HRST Master.  With this assignment came the responsibility to assist with instructing tactical operations including room clearing (including various configurations of rooms), breaching, extensive experience in rural operations including map reading, land navigation, (man) tracking, camouflage techniques and surveillance missions. Along with tactical operations, Todd is a federal firearms instructor (pistol/rifle/shotgun) certified since 2001 and a defensive tactics instructor in three various disciplines since 2003. From January 2017 to September 2017, Todd was the training coordinator for a law enforcement academy, located just north of Dallas, Texas. In that position, Todd was also the primary Use of Force Training Coordinator.  In October 2017, Todd was hired to oversee the day in/day out operations of a first of its kind indoor shooting center and training facility, Zero In, in Bozeman, Montana. In 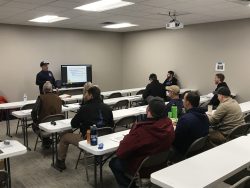 this position, Todd will be the primary use of force instructor as well as developing new instructors for Zero-In Indoor Shooting Center.

It was really a pleasure for me to work with Andy and Todd. They and their staff are incredibly easy to work with, they are professionals who know their trade, and most importantly, they are some of the most open-minded people I have ever met. Here is a link to the Zero In ISC:

Check out the programs and facilities available to all Montanans and remember February 1st you too can Zero In.