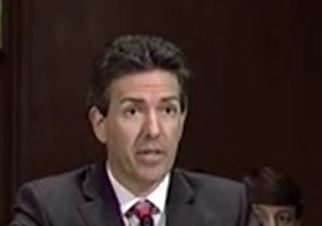 The biggest animal rights organization is the most recent to watch it’s leadership fall to pieces as CEO Wayne Pacelle resigns with sexual misconduct Allegations in the workplace.

Wayne Pacelle the millionaire CEO who has led HSUS in its mission to end all agriculture, hunting, fishing, trapping and legislate a vegan lifestyle for all, has resigned from his position according to an article in Beef Magazine .  Pacelle has been one of the most outspoken anti-animal users in recent history.

The allegations brought against him resulted in his board of directors resigning ahead of him and numerous donors pulling their support.

This is good news for sportsmen who have been affected by the absolutely relentless efforts of this deceptive organization which claims to provide shelter for domestic animals in its ads but has come under scrutiny for misleading donors with false ads.

HSUS is responsible for hundreds of anti-hunting and anti-trapping campaigns in the United States and continues to wage war against sportsmen.  Pacelle is famous for stating over 20 years ago that he would go state by state in every ballot initiative state and eliminate all hunting and trapping.

The replacement CEO is reportedly a woman named Kitty Block who has worked as an attorney for HSUS affiliate “Humane Society International.” Block is responsible for shutting down the few remaining horse rendering plants in the United States.

More and more groups are wising up to the false claims of HSUS and it’s going main stream in places like the recent super bowl ad posted by Consumer Freedom for HumaneWatch.org that blasted HSUS as an organization that needs donations to pay more lawyers.

As more people realize HSUS is a scam and the leadership continues to crumble, hopefully their war on sportsmen will end.  Until then, keep spreading the word and if you want to help pets, donate money to your local animal shelter and NOT HSUS.