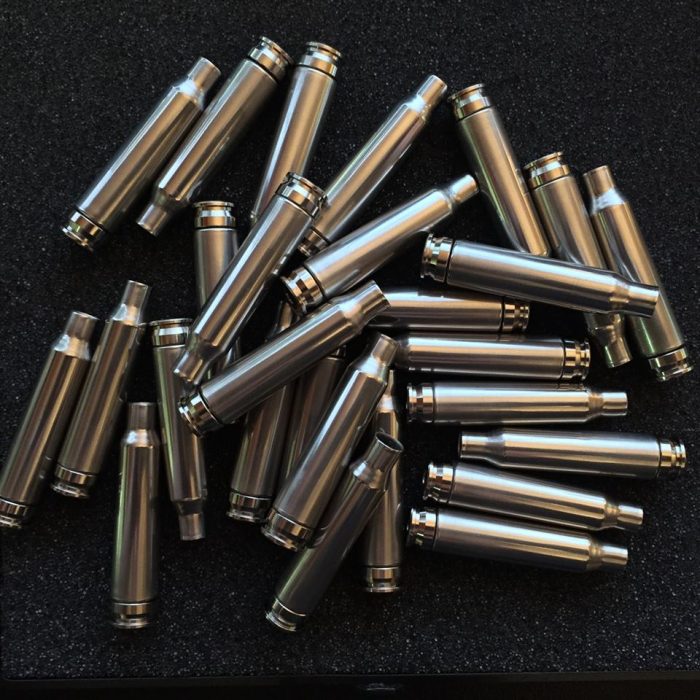 Shell Cases for the 21st Century
By Jackalope Jordan

A cartridge has four basic components: powder, primer, projectile and case. While manufacturers constantly create new powders and bullets but the construction of the shell casing has changed little since the introduction of the metallic cartridge.

In 2018, Shell Shock Technologies is trying to change that. The company builds two piece casings they claim are both lighter and stronger than the one piece brass cases used in most ammunition. The base of Shell Shock’s NAS3 cases is constructed of a nickel plated aluminum while the cylinder is a nickel stainless alloy.

The cases are reloadable but a special die set is needed. They are also magnetic, a trait the company markets as helpful when cleaning up a range bay after a shooting session.

Shell Shock began making 9mm cases but last week the company announced it will dive in with an expanded line covering the most common rifle and pistol cartridges.

Empty cases are available for reloaders and for those shooters who don’t load their own there is also complete ammunition available. 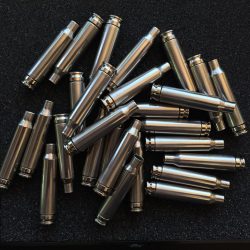