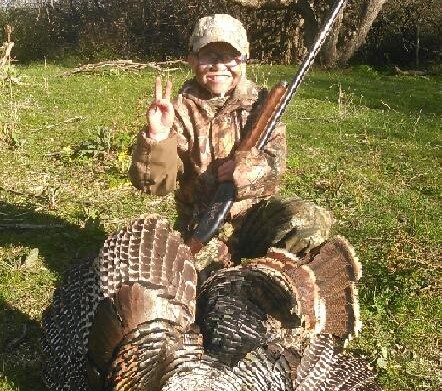 According to A Sportsmen’s Alliance News Release their efforts with the Families Afield Initiative are continuing to improve youth hunting opportunities.

Legislation in South Dakota allowing parents to decide when their kids begin hunting under supervision is headed to the governor’s desk after passing the House this week. Senate Bill 137, sponsored by Sen. Jason E. Frerichs (D- Wilmont), passed the House by a vote of 44-20.

SB 137, would eliminate the minimum-age requirement for youth to try hunting under the supervision of an experienced mentor. The bill passed the Senate earlier this year with a vote of 30-4 in favor. SB 137 lets kids 10 and under try hunting in a safe and controlled environment prior to the completion of a hunter education class. Known as mentored hunting, this program has been enacted in 40 states across the country. However, under current law, mentored hunting is only available for young people between the ages of 10 and 16 in South Dakota.

This is a big step for South Dakota in their effort to recruit the next generation of hunters,” said Luke Houghton, associate director of state services for the Sportsmen’s Alliance. “Neighboring Wisconsin just eliminated the 10-year-old minimum this past year, and data from Pennsylvania show as much as 45 percent of all mentored hunters are under the age of 10. Trusting parents to make these decisions has paid off in both states, which lead the nation in mentored licenses each year.”

The effort to enact mentored-hunting programs across the country is led by the Families Afield Coalition. In addition to the Sportsmen’s Alliance, the program is supported by the National Shooting Sports Foundation, National Wild Turkey Federation, National Rifle Association and the Congressional Sportsmen’s Foundation. This coalition has successfully championed mentored- or apprentice-hunting laws in 40 states since the Families Afield program was launched in 2005. Research from these programs has demonstrated that the apprentice hunter is the safest hunter in the field.

Much of this article is original material published at www.sportsmensalliance.com
The Sportsmen’s Alliance protects and defends America’s wildlife conservation programs and the pursuits – hunting, fishing and trapping – that generate the money to pay for them. Sportsmen’s Alliance Foundation is responsible for public education, legal defense and research. Its mission is accomplished through several distinct programs coordinated to provide the most complete defense possible.