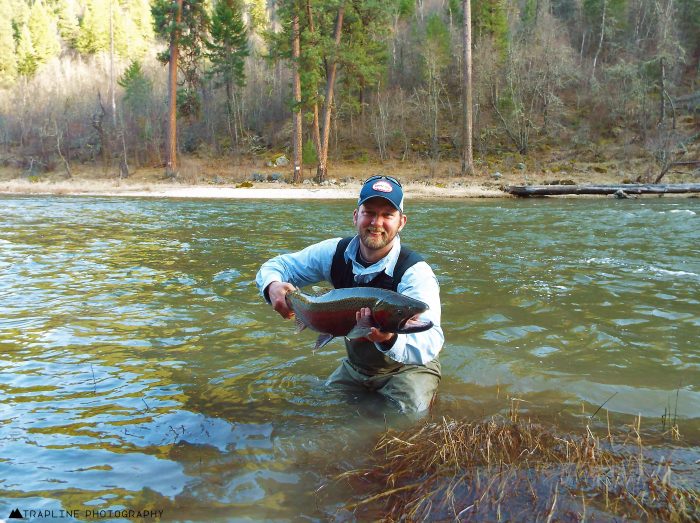 Steelhead angler effort increased considerably over the past week throughout the upper Salmon River. Anglers were observed fishing as far upstream as the Yankee Fork Salmon River, but the majority of angler effort and catch was once again located downstream of North Fork in location code 15. Effort upstream of North Fork in location code 16 increased through Thursday but then declined over the weekend due to poor river conditions caused by runoff from the Lemhi River. Effort in location code 17 between Salmon and Ellis increased as well and was the highest amount observed in that stretch so far this season.

The Salmon River is currently flowing at 1,230 cfs through the town of Salmon which 112% of average for today’s date. River conditions on Sunday varied depending on location. The Salmon River was cloudy downstream of the Lemhi River and clear upstream of it. River temperatures increased throughout the week and by Sunday were in the upper 30s to low 40s.