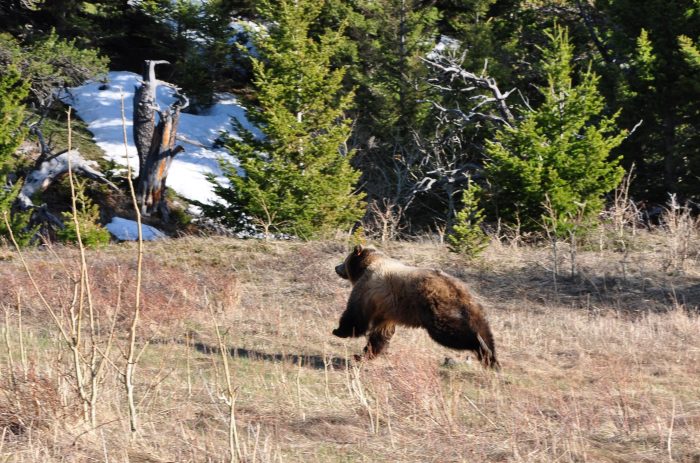 A pair of grizzly bear depredations recently on the Rocky Mountain Front have resulted in a female bear being trapped and relocated and a male grizzly trapped and euthanized.

The 220-pound, three-year-old female bear was captured April 26 west of Pendroy after several sheep were killed on a ranch. The bear was fitted with a radio collar and released near Rose Creek on the Sun River Wildlife Management Area west of Augusta.

On April 27, a 502-pound, four-year-old male was captured on a ranch west of Bynum near the Front foothills after a calf depredation.

Field evidence and physical measurements identified this unmarked male grizzly as responsible for three confirmed calf depredations over a four-week period. As a result, this bear was euthanized the same day and removed from the Northern Continental Divide Ecosystem.