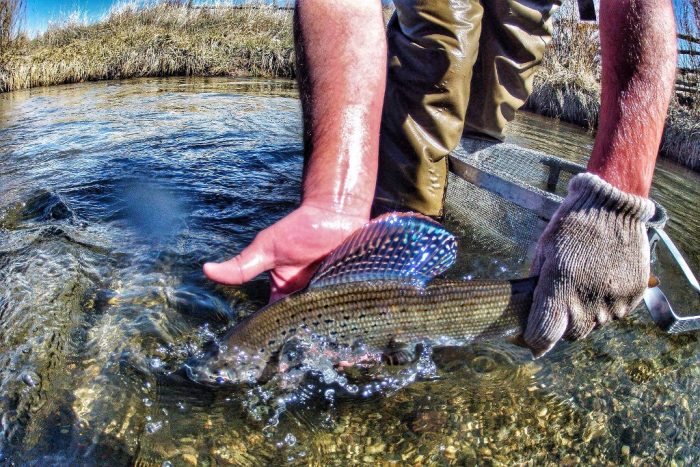 A small population of native Arctic grayling that live in Montana’s Centennial Valley isn’t faring so well. An alphabet soup of agencies had been working to bump the fish numbers by removing nonnative Yellowstone cutthroat trout, thinking that those fish may be competing with the grayling. Unfortunately, although almost 90 percent of the cutthroat were taken by anglers or trapped, the grayling numbers fell from about 2,000 spawning age fish (age 3) to about 240 between 2014 and 2017. So the agencies asked the Fish and Wildlife Commission on Thursday to reinstate stricter fishing regulations on the waters of Upper Red Rock Lake and its tributaries.