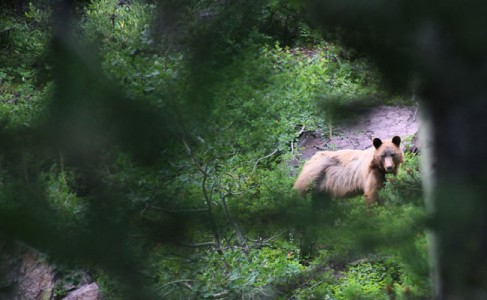 Wildlife officials captured a young male grizzly bear incidentally on April 25 in the Ovando-Helmville Valley and later relocated it to Glacier National Park.  The bear was captured in a trap that was set in response to a livestock depredation on cattle that occurred earlier in the week.

The four-year old male grizzly was not involved the depredation, but because of its proximity to cattle during the calving season, in an area with a recent grizzly-caused livestock injury, the bear was relocated.

Deep snow conditions in the surrounding area made it difficult to find a suitable nearby relocation site, so the US Fish and Wildlife Service worked with Glacier National Park to find a low-elevation release site for the bear. The grizzly was relocated to the park on April 26.