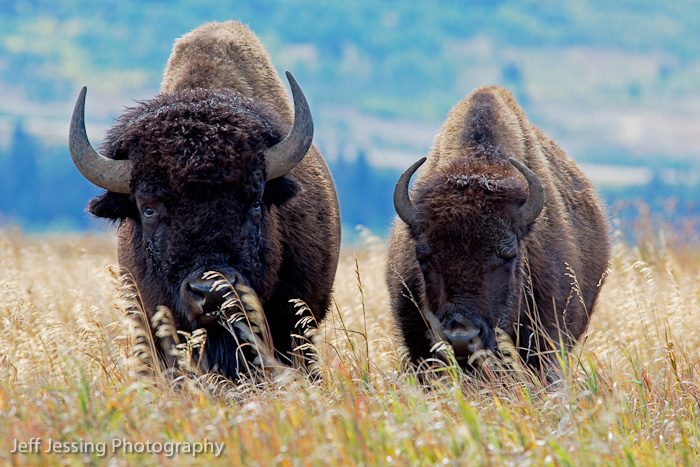 A non-profit organization named American Prairie Reserve wants to establish a free-ranging bison herd in central Montana by purchasing over a half million acres of land and controlling over 3 million acres of public land.  Montana ranchers say no way, according to an article in The Fence Post:

Montana cattlemen are playing defense against the American Prairie Reserve, a nonprofit with a mission “to create the largest nature reserve in the continental United States.”

“When complete, it will protect nearly 3.5 million acres of prairie ecosystem (for comparison, Grand Teton National Park is 310,000 acres),” the group boasts in a press release.

Already covering almost 400,000 acres, APR is in northeastern Montana, near Malta, and adjacent to public lands. The organization wants to establish a free-ranging bison herd in central Montana by purchasing over a half million acres of land and controlling over 3 million acres of public land.

A proposal to modify 18 public grazing allotments in eastern Montana to allow APR bison has been under review with the Bureau of Land Management, and recently got a month extension for public comments.

While the extension comes as a relief to cattle producers in the area, the extent of the potential problems is nothing short of frustrating according to Jackie Jensen, who’s family has been ranching in the area for 35 years.

“These people have absolutely no goals of maintaining fences,” Jensen said.

The fencing discussion has been all over the board, Jensen said. APR officials have discussed fencing options, including electric fences, which according to Jensen is not feasible.

“They are going to try to stop a buffalo with electricity?” Jensen questions. Plus, the rugged area the bison would be in has limited electric options, so solar would be the only option, she said.

The elk hunting in the area is prime, and bringing in any fencing opens the question of how will that impact the elk population.

“We are trying to rally up the hunters, but until an actual fence is built, the Rocky Mountain Elk Foundation won’t get involved,” Jensen said.

What are your thoughts?  Read the full article here.