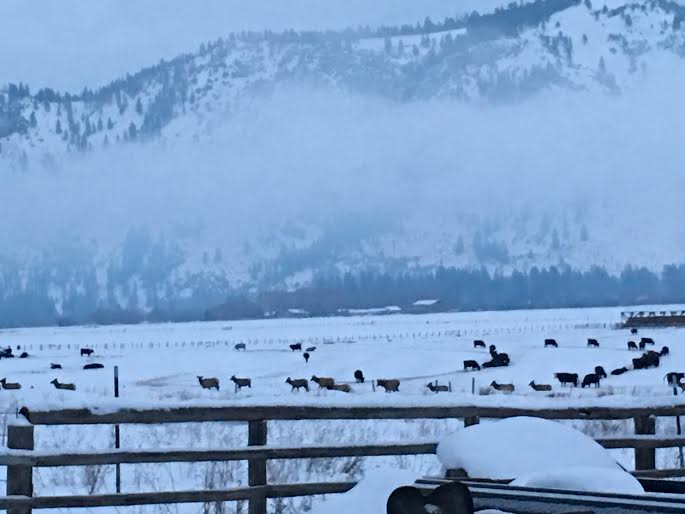 MISSOULA, Mont. – Montana Sportsmen for Fish and Wildlife (MTSFW) has announced a $20,000 donation to the USDA Wildlife Services to help the agency with their efforts to reduce wolf and grizzly bear damage to livestock.

JR Srand, MTSFW President said, “We are pleased to assist Wildlife Services by augmenting their fiscal resources as they struggle with the additional operational demands from more grizzly bear conflicts. This funding to Wildlife Services is also consistent with the Interagency Grizzly Bear Committees’ goals to reduce livestock depredation.”

MTSFW recognizes the importance of helping Montana landowners and livestock producers who are burdened with significant depredation events, they should not have to accept losses, especially since there is no Montana grizzly hunting season in sight.

“This contribution from MTSFW is important as the agency’s workload has rapidly increased due to expanding grizzly bear distribution, resulting in escalated conflicts with livestock” said John E. Steuber, Montana State Director Wildlife Services.
Kevin Halverson, President of the Montana Wool Growers Association, “notes that coyote and other predator control work performed by Wildlife Services as part of its core mission is decreasing to the increased demands being placed on Wildlife Services by the exploding numbers of grizzly bears and wolves on Montana’s landscape.”

Halverson stated “that this increased demand to work on non-predator designated species, when combined with reductions in federal funding for the agency, has caused the livestock industry to increase taxes imposed by the industry on themselves in order to ensure Wildlife Services has the financial resources to engage in much-needed livestock and public safety work.”

“Wildlife Services needs to be able to conduct prompt investigations and response actions when conflicts occur to be certain the offending animal is targeted preventing further damage to livestock,” added Steuber.

“MTSFW is proud to furnish funding that will enhance and strengthen landowner/sportsman relationships by helping to minimize livestock losses and recurrent depredation by wolves and grizzlies,” added Strand.

Montana Sportsmen for Fish and Wildlife is a Montana based sportsmen and sportswomen organization that has steadfastly advocated de-listing of wolves and grizzly bears. MTSFW supports science based regulated hunting of grizzly bears to help manage numbers and distribution and minimize conflicts with hunters and livestock.
For more information on the organization go to www.mt-sfw.org