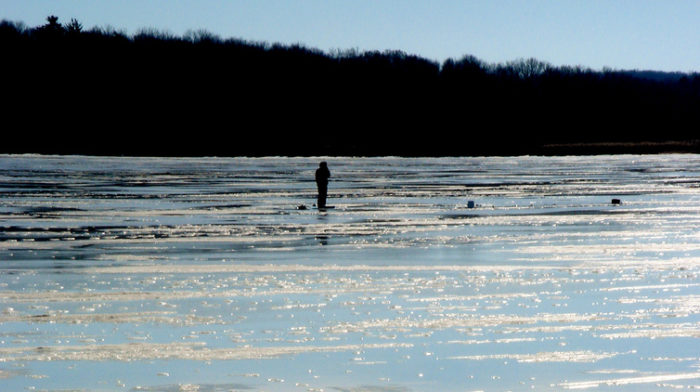 Although winter conditions were severe this year with a longer period of ice cover on lakes and heavy snow accumulation in western Montana, Fish, Wildlife & Parks fisheries surveys in Region 2 indicate fish mortality was low.

According to Region 2 fisheries biologists who conducted surveys on Browns Lake, Harpers Lake and Lake Upsata this week, these fisheries remain in good condition.

“Winter conditions were severe and similar to years past where we experienced fish kills on area lakes,” said Region 2 fisheries management biologist Ladd Knotek. “Thankfully, it appears that mortality was very limited this winter and those fisheries are in good shape.”

Shoreline surveys showed a small number of dead fish at Browns Lake (30 to 40 trout) and Harper’s Lake (20 to 25 trout). These levels of mortality represent less than 1 percent of fish stocked in those lakes. No fish mortality was observed at Lake Upsata.

Georgetown Lake still has significant ice cover, but the ice is starting to melt around springs and inlets. There have been no indications of winter kill so far.

Winter fish kills typically are a result of progressive oxygen depletion under the ice. In the past, harsh conditions have caused fish winter kills of varying severity.