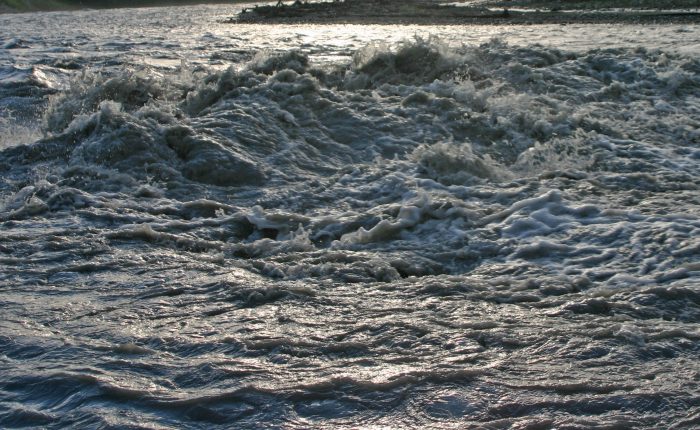 A middle-age Billings man drowned Monday while floating the Smith River about eight miles upstream of the Eden Bridge take out, south of Great Falls.

He was with another man when their boat hit a rock broadside, swamped and threw both men into the river. The victim became pinned on a rock midstream, witnesses at the scene said.

He was not wearing a life jacket, a witness said.

Rivers throughout Montana this year are running high from melting snow and rain. That water is powerful and cold, even on a hot, sunny day.

At Eden Bridge, the Smith was flowing almost 1,700 cubic feet per second at the time of the accident. The long-term average is about 950 cfs. Water temperature was in the low 50s.

A person without a life jacket can drown in a matter of minutes when falling into cold water. Everyone in a boat or even near rapidly flowing water should wear a well-fitted Personal Flotation Device or life jacket.

Just the day before, on May 20, a man and a woman wading in Belt Creek east of Great Falls were swept downstream in a remote section of Sluice Boxes State Park. Neither person wore a life jacket, but the story had a happy ending as the pair were able to scramble up a cliff face and escape the canyon.

The man reportedly said he surprised at the strength of the water even though he was a good swimmer.