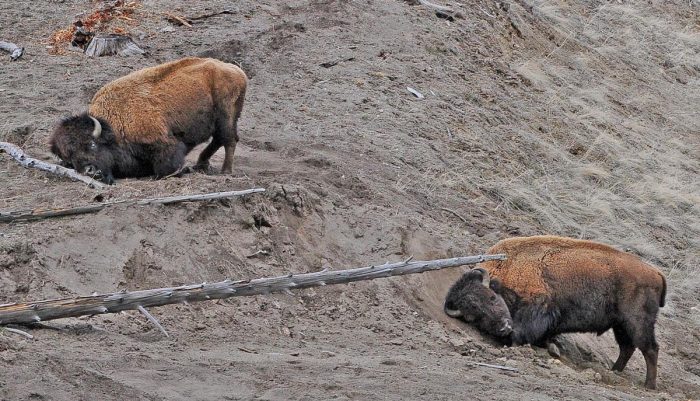 On Wednesday, Yellowstone National Park unveiled its approved plan for quarantining bison in hopes of eventually shipping some of the disease-free animals to Fort Peck Reservation in northeastern Montana. The plan would help lessen some of the ship-to-slaughter work that the park’s staff now conducts to reduce the size of the bison herd. This winter, hunters and the slaughter program removed about 1,100 animals from the population. With births this spring the park bison are expected to rebound to about 4,200 animals. In an agreement with the state of Montana, the park’s target was to eventually reduce the herd to about 3,000 animals.
To learn more about this next step in the continuing Yellowstone bison discussion, check out my story in Montana Untamed. http://montanauntamed.com/hunting/article_859cddde-c5f3-5730-a239-b8c9813810c5.html