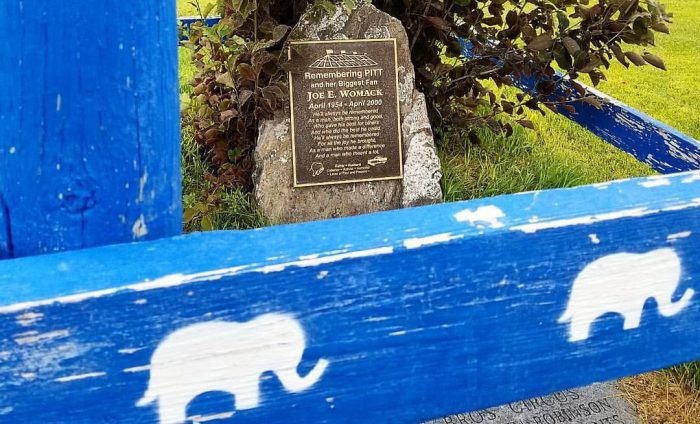 Old Pitt is buried in Montana
By angelamontana

In August of 1943, Old Pitt, an elephant who was part of the Cole Brothers Circus, was struck and killed by lightning when a severe storm hit during a matinee performance in Dillon, Montana. The reportedly 102-year-old elephant was buried right where she died. (via atlastobscura.com)

You can visit the gravesite of the exact spot the elephant was killed and buried in Dillon at the Beaverhead County Fairgrounds at 715 S. Railroad Ave.  Here are directions, if you’re interested:

I-15 exit 62, then north into town. On the west edge of the Beaverhead County Fairground, in a field, enclosed by a small fence. If the fairground fences are locked try walking in from the adjacent Beaverhead County Road Department shop.

Here’s some more information on the elephant from roadsideamerica.com:

Famous elephant Old Pitt lived most of her life as a performer in Robinson’s Great Combination Show. John Robinson III at one time had the largest captive elephant herd in the world, but a bank panic in 1916 forced him to sell out to Ringling Brothers.

Robinson retired to a farm in Terrace Park, a Cincinnati suburb, but kept four of his senior elephants — Clara, Tillie, Tony, and Old Pitt — with him. Neighbors became accustomed to seeing elephants pulling plows, or wandering along the roads.

Robinson still toured them from time to time, performing their old circus act, The Military Elephants. According to news accounts, “The elephants would dash about in military garb, maneuver and fire cannons. One would fall wounded and Tillie, wearing a Red Cross nurse’s cap, would rush to the rescue.”

Robinson died in 1921. Over the following decade, Clara, Tillie, and Tony joined him (Tillie was buried wearing her nurse’s cap). Finally, in 1942, Mrs. Robinson gave Pitt, who was then more than 100 years old, to the Cole Brothers circus. In August of 1943 the circus was working its way across Montana in a series of one-nighters, on its way toward Salt Lake City. On August 6th they pulled into Dillon in the southwest part of the state. Old Pitt never left.

The elephants were at the fairgrounds when a severe storm approached. Out of nowhere, a bolt of lightning filled the sky and zapped Pitt, knocking her down, killing her instantly. The other elephants were badly stunned but recovered, as did circus owner Zach Terrell, who was attending them.

Pitt was honored with a funeral ceremony, and circus folk adorned her grave with flowers. A permanent marker was later installed, and a white fence placed around the grave.

Seventy years later the grave marker and fence still can be found at the Beaverhead County Fairgrounds, back behind the rodeo stands, in the middle of a field. A small sapling has been planted inside the fence. When we visited early one morning, it seemed very lonely, but it is probably less so when an event is taking place. Note to all those visiting early in the morning: a high hurricane fence surrounds the Fairgrounds, but only the half around the main entrance has the barbed wire on top of it.

This might be a bucket list item for some and maybe just another reason to visit an area of Montana to others…or just information some don’t care to know.  Either way, it’s another thing to visit in Dillon.  If you didn’t know, now you do. 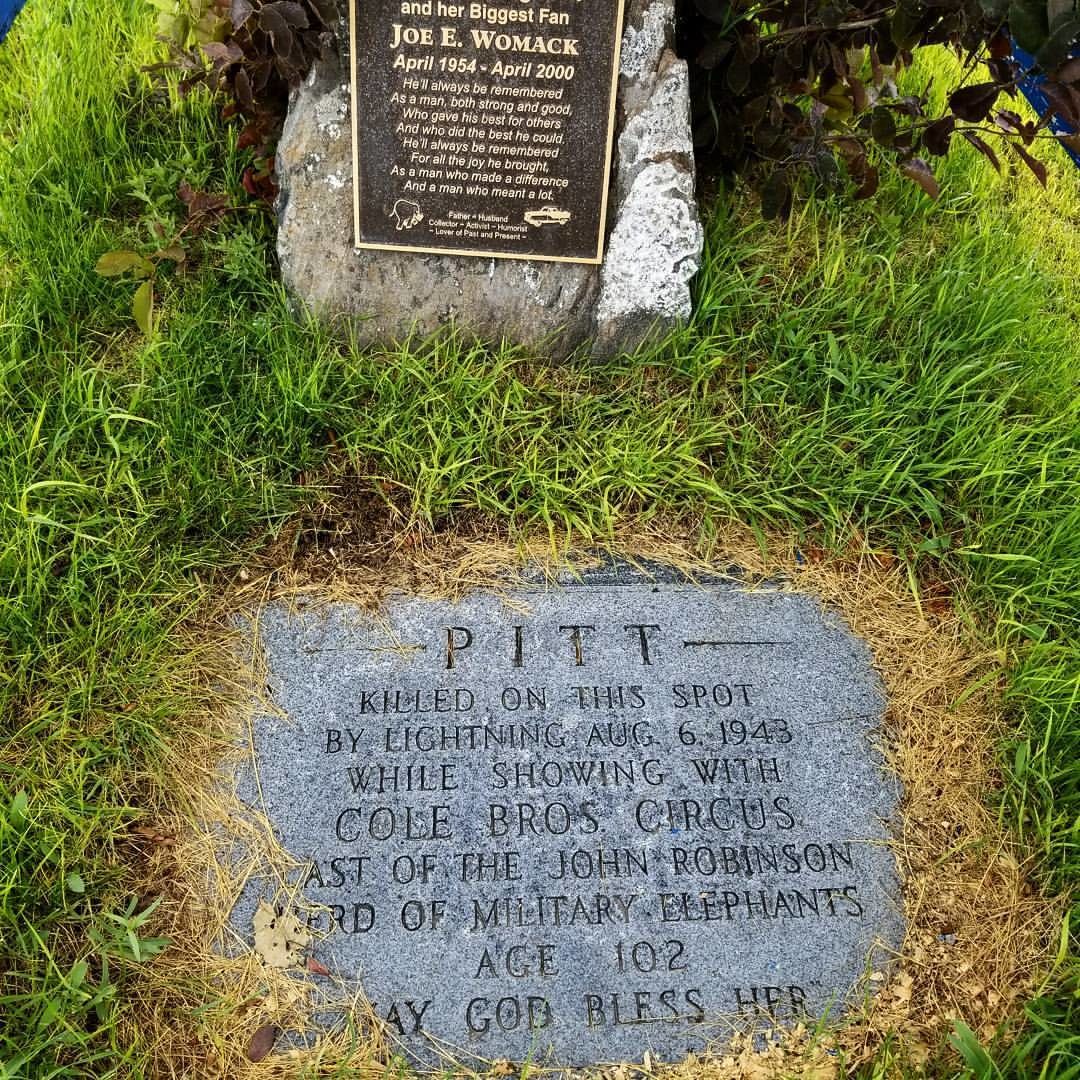