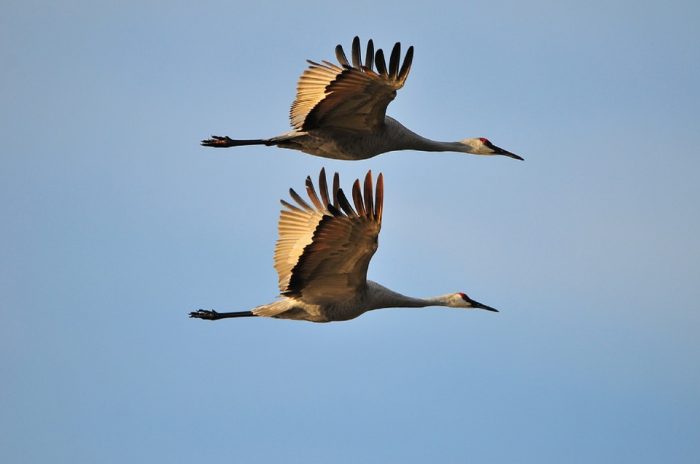 Waterfowl and webless migratory bird regulations are already complete for the 2018-19 hunting seasons.  With all of the water and ducks across Montana this summer, there are signs that it could be an interesting and productive waterfowl season for Montana hunters.

Montana’s migratory bird regulations, set within the federal frameworks, will be very similar to last year.  The regulations are online at http://fwp.mt.gov/hunting/regulations and hard copies will be available at license providers by late June or early July.

Mourning dove season dates will be unchanged, Sept. 1 – Oct. 30, with the same bag limits as last year, while snipe season will be Sept. 1 – Dec. 16.    For sandhill cranes, the over-the-counter permit season in the Central Flyway (CF) will be Sept. 29 – Nov. 25.  For crane seasons regulated under special drawing permits, season dates in these six hunting areas will be Sept. 1 – Oct. 28, with the season a few days earlier and also longer than last year.  The application deadline for the special crane hunting permits is July 26.  Check the regulations for application details.

The hunting seasons for ducks, geese, swans, and coots have been set as well, for both the Pacific Flyway (PF) portion of the state (roughly the western half) and the CF portion (the eastern half).  Regulations will be similar to last year, but one important change is that the daily pintail bag will be increased from 1 to 2.  Two CF zones for ducks and geese will provide a variety of hunting opportunities.

In the PF a split season for both ducks and geese, with dates of Sept. 29 – January 6 and January 12-16, will allow an additional weekend of hunting.  (Note that scaup season ends earlier.)  PF swan season dates, for those areas open to swan hunting, will be Oct. 6 – Dec. 1.

Other than the increased pintail daily bag, duck and goose bag limits in both the PF and CF will be identical to last season, with restrictions on some species and sexes, and with a possession limit of three times the daily bag.  In the CF, a “bonus teal” bag will allow two additional blue-winged teal in the daily bag for the first nine days of the season, Sept. 29 – Oct. 7.

Youth 10 to 15 years old may participate in a special statewide two-day early hunt for waterfowl September 22-23.  This is a great time to get the kids out, when they’re the only ones who can shoot, as well as giving your retriever a tune-up prior to the regular season. Consult the regulations for details.

Record or near-record duck numbers the last two years meant that a lot of ducks returned to breed this spring.  Some major duck production areas in southern Alberta have excellent water conditions this spring, while Saskatchewan is more variable, with some areas good, and others fairly dry.  Ducks found excellent water conditions in Montana this spring, the best in several years, and there will be a lot of ducks produced in Montana this year.  That’s what record snowfall and good spring rains will do!  Another reason the water in Montana is great news for waterfowl hunters is that there will be more areas to hunt, as the water in many places is likely to last into the fall, more so than in recent years.  Canada goose numbers remain high in Montana and surrounding areas.

The flyways.us website will have the Waterfowl Status Report (based on the May breeding duck surveys) giving the overall duck estimates and estimates by species by about mid-August.  Survey results will also be found on the Ducks Unlimited and Delta Waterfowl websites when they are available.  These survey results are anticipated by duck hunters and will be used in setting regulations for next year. 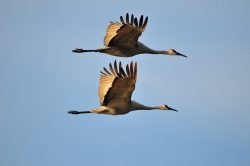