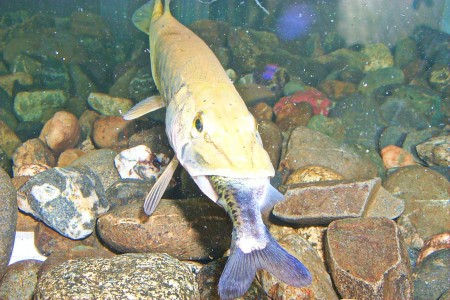 If you happen to catch a keeper pike at Fort Peck, and you end up keeping it, here is a recipe that I was told tastes best with, specifically, Fort Peck pike…for some unknown reason, the dip only tastes its best when the pike used was pulled out of the Fort Peck reservoir.  It’s Peck Pike Dip…and it’s imPECKable!  Smoke your pike, and check this out:

Throw everything into a kitchen aid mixer and let it mix at low speed for a few minutes. Serve cold with multi-grain crackers or something similar. Ta-da!