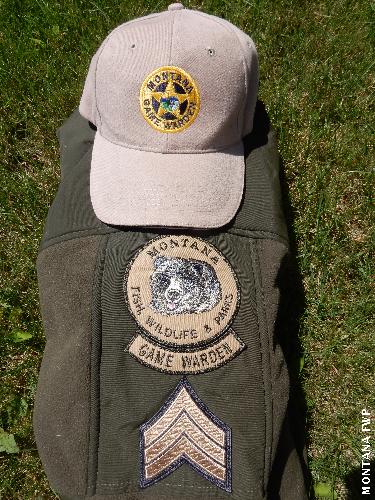 In recent months Montana Fish, Wildlife & Parks Region 7 Criminal Investigator Steve Marx has wrapped up several cases involving hunting violations committed in Montana. One of these cases dates back to 2010, and investigation and prosecution of game offenses can take years.

Two Wisconsin men and one Montana man received deferred sentences in Judith Basin County Justice Court for multiple counts of illegal possession of wildlife (deer and elk) harvested in that county in the fall of 2016. The violations were discovered at the Flowing Wells game check station in Montana.

A father and son, Neil Bryan Schallock, Sr., 76, and Craig Schallock, 47, both of Crandon, Wisc., were sentenced in December 2017 and January 2018, respectively. Both men have previous game violations in Montana, according to court records.

Judith Basin County gave Schallock, Sr. a four-year deferred sentence. He was fined $805 and must pay restitution of $500 for illegally killing a mule deer buck. He forfeited the wildlife and his right to hunt, fish or trap for four years, which can be reduced to two years if he completes remedial hunter education.

Schallock received a four-year deferred sentence in Judith Basin County. He must pay fines of $220 and restitution of $500, and forfeit his right to hunt, fish or trap for four years, or two if he completes remedial hunter education.

Co-defendant Richard Gondeiro of Geyser, Mont., 58, plead no contest to two misdemeanor counts: loan of a license for a 5×5 bull elk and unlawful possession or transport of the elk. He received a three-year deferred sentence, was fined $420 and forfeits his right to hunt, fish or trap for three years.

Two other misdemeanor counts of unlawful possession or transport of a mule deer buck and obstructing or giving false information to a game warden were dismissed with prejudice.

According to Marx, Thomas Stahl of Stanford, Mont., 25, also posted a $235 bond for loan and transfer of a hunting license. A fifth individual received a deferred imposition of sentence and paid $85 in fees.

Two Sidney men have been sentenced for felony unlawful possession of game animals in Richland County in 2016.

On October 23, 2017, Justin Levi Swisse of Sidney, 34, was sentenced in Richland County’s Seventh Judicial District Court to three years, suspended, with the Montana Department of Corrections.

Prior to a plea agreement, Swisse was charged with two felonies and 11 misdemeanors in the case, including tampering with a witness (felony); license transfer by accountability; hunting while privileges are suspended; unlawful use of a vehicle to hunt or harass a game animal; failure to obtain landowner permission to hunt; and obstructing a peace officer.

In 2009, Swisse also received a deferred sentence in Richland County for felony unlawful possession of a game animal, and for three misdemeanor offenses. He lost his privileges to hunt, trap or fish or accompany anyone for 20 years. He also had to pay restitution totaling $11,600 for nine deer. That was not his first game violation.

In the 2016 case, the court acknowledged Swisse’s criminal history and harm to the state’s resources but noted that he made no excuses for his conduct.

Swisse must pay court costs and a fine of $2,500. He owes restitution of $2,000 for four deer on the felony charge, jointly with Nelson. Swisse’s privileges are revoked for 35 years, and he cannot apply for special licenses for five years after that period.

Nelson’s plea agreement dismissed five misdemeanors, including failure to tag a game animal, failure to obtain landowner permission for hunting, obstructing a peace officer and unlawful use of a vehicle to hunt or harass a game animal.

He must pay restitution of $2,000 jointly with Swisse. His hunting, fishing, guiding and trapping privileges were revoked for 10 years. He cannot apply for any special license for five years after the forfeiture period.

The sentence is to run consecutive to a sentence Nelson is serving in Richland County in a non-wildlife case. The court considered his criminal history, including non-violent felony crimes, but it determined that Nelson “was acting at the behest of his co-defendant, Mr. Levi Swisse.”

In July 2017, Allan Baier, 72, reached a deferred prosecution agreement for felony unlawful possession, shipping or transport of game animals, and for three misdemeanor counts of nonresident license or permit offense. He received a deferred imposition of sentence of three years and 30 days. He must pay $1,000 in fines and $3,700 in restitution and cannot or fish in Montana or any states participating in the Interstate Wildlife Violator Compact during this period.

On October 31, 2017, John Baier, 74, received a deferred sentence of six years for felony possession. He will forfeit hunting privileges for that period. In addition, Baier must forfeit one mounted trophy mule deer buck, one mounted mountain lion, and any parts of two turkeys, paddlefish, elk calves, two whitetail does, a mountain lion and a mule deer buck. He must pay $10,000 in restitution, $1,060 in surcharges and $1,000 in fines.

On the misdemeanor charge of nonresident license or permit offense, John Baier was sentenced to the county jail for six months, with all suspended. He was fined $250 and forfeits his hunting and fishing privileges in Montana for 18 months. The sentences will run concurrently.

Originally, Brien, Jr. faced 41 total counts, all but two of them misdemeanors. He had multiple charges of license transfer, hunting or killing over limit, hunting during closed season, unlawful taking of beaver, possession of unlawfully taken game birds, solicitation of a crime, and unlawful use of a motor vehicle while hunting. However, a plea agreement reduced the number of charges to 14.

For the two felony counts, Brien, Jr. received deferred impositions of sentence of six years. Each count carries a fine of $5,000. His hunting, fishing, guiding or trapping privileges were revoked for 13 years. Brien, Jr. must make restitution of $3,875. The sentences are to run concurrently.

For hunting/killing over limit, Brien, Jr. was sentenced to the county jail for six months, all suspended, and fined $500. This will run consecutive to the two felony sentences.

For the remaining counts, Brien, Jr. was sentenced to six months in jail, all suspended, and must pay $500.

The court noted that Brien, Jr.’s “conduct has been repeated and deliberate over several years. The Defendant drew other hunters into illegal conduct as well through his influence.” But records also state that he appears remorseful and made no excuses for his conduct. He also has no felony record.

According to Montana Fish, Wildlife & Parks Region 7 Criminal Investigator Steve Marx, five other individuals have been charged and convicted in connection with offenses committed by Brien, Jr. The investigation took about five years to conclude. 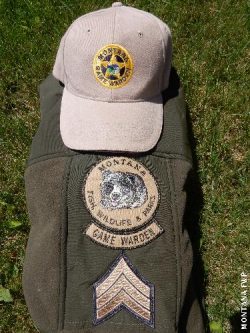