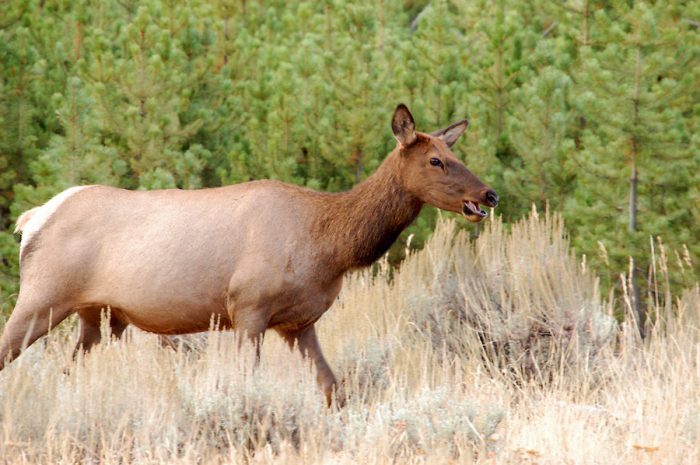 51 year-old Charlene Triplett, from Las Vegas, a Mammoth Hot Springs Hotel employee at Yellowstone National Park was airlifted to a hospital in Idaho after being attacked by a cow elk seemingly protecting her calf, according to KTVB.

According to Yellowstone officials, the cow elk “reared up and kicked the woman multiple times with its front legs.”

Triplett, who works at the hotel but was off-duty at the time, was hit in her head, torso and back. She was taken by air ambulance to the trauma center at Idaho Falls’ Eastern Idaho Regional Medical Center.

Officials determined the elk had been protecting a calf bedded down about 20 feet away, and hidden behind cars. It’s not clear whether Triplett saw either the cow or calf elk before she was attacked.

Rangers remained in the area to warn others about the elk and calf. No citations have been issued.