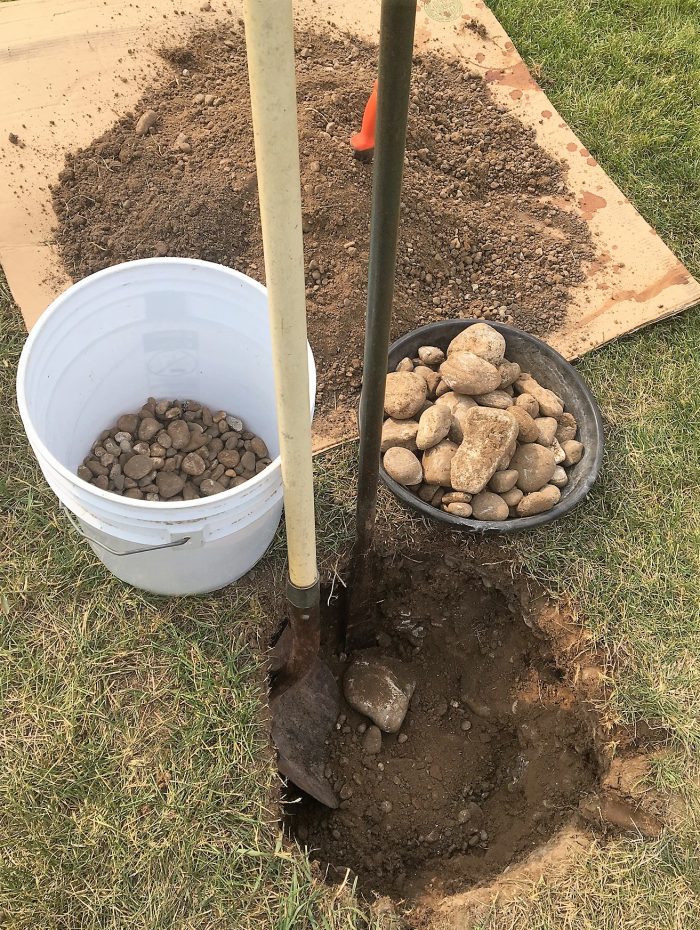 A HOLE!!!
By Montana Grant 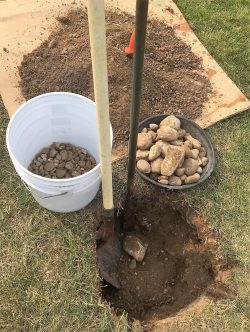 Have you ever tried to dig a hole in Montana? Good luck! I am amazed how many fence posts that I see along the side of roads and fields. What a tough job. Sadly, there are times when we have to dig a hole before we go hunting and fishing.

Every hole in Montana is full of rocks! Most of the rocks are round. At least that’s the case living in South West Montana. That would be great if the rocks were gold and silver. Usually they are just rocks.

So, I bought a couple small Blue Spruce pine trees to plant in the yard. I am sure that millions of years ago, the community that I live in was the bottom of an inland ocean. Ice age rocks are round from rolling ahead of massive glaciers that pushed up against the mountains. When the homes in the valley were built, much of the limited top soil was scraped off and left Rock City and some grass sod on top.

Now I am not a “wuss” and inexperienced at digging holes and ditches by hand. I am sure that using power tools, heavy equipment, and explosives would help. Instead I use brawn and sweat. There is great satisfaction in the simplicity and accomplishment when digging a hole. This job involved digging 2 relatively small holes a few feet wide and deep. No problem!

I removed the sod lawn layer and hit a bed of rocks. Rocks the size of melons filled my hole. No problem, I would turn lemons into lemonade. I segregated and saved the rocks for other uses around the yard. Some could fill holes, some for landscaping or paths. Several buckets later, I was running out of uses, but not rocks. Now the HOLES were not that big.

A shovel is not enough. You also need a pick or Spud Bar. No matter what tool you have, plan on sweating and straining. Gloves and a sweat towel are a great idea. Oh, and you better have a jug of water on hand for you and the trees.

It took several hours to dig two simple holes. I used the buckets of rocks everywhere and had some to spare. I used some of the rocks on top of the ground to make a decorative circle around my new trees and to remind me to avoid digging any future holes.