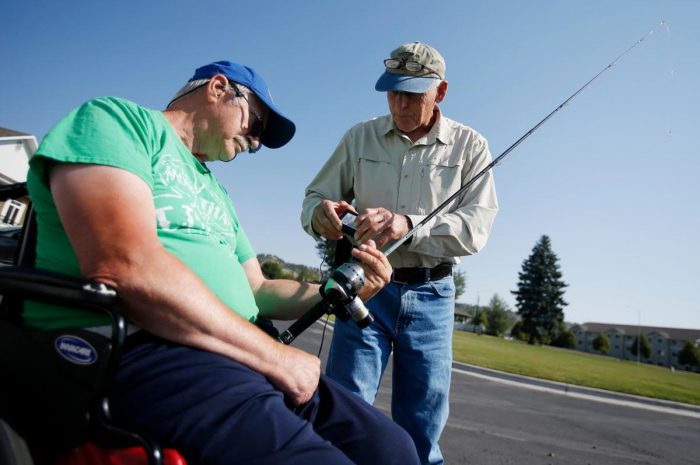 To get his friend outdoors fishing again, Billings resident Frank Ewalt built a one-handed electric reel. Now in its third generation, the reel has enabled Larry Rennich to enjoy fishing once again. Rennich, a retired Billings fireman, suffered a stroke that left the right side of his body paralyzed. But with Ewalt’s reel he can haul in fish with the push of a button. Ewalt hopes to streamline the building process to offer the rods to other folks eager to fish but unable to reel. To learn more, check out the story at Montana Untamed. http://montanauntamed.com/fishing/article_a99f65fa-e5f9-5dc4-a68d-0a91f815deef.html