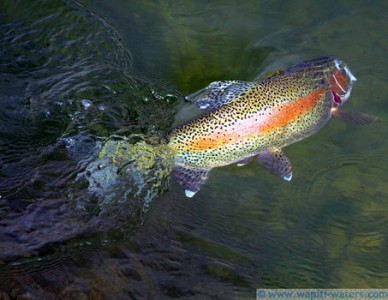 Canyon Ferry:  Rainbow trout are being caught by boat anglers using worm harnesses throughout the south end and cowbells or spoons on the north end. Walleye and yellow perch continue to be caught mid-reservoir to the south end trolling worm harnesses, tipped with worms or leeches, in 10 to 40 feet of water. In addition, walleye and perch are being caught from shore throughout the reservoir in 5 to 30 feet of water using worms and/or jigs (standard and floating) tipped with worms.  Adam Strainer, FWP, Helena

Hauser:  Shore anglers are catching a few rainbows below Canyon Ferry Dam while using worms or marshmallows.  Boat fishing for rainbows is slow with the best bet being trolling cowbells around the White Sandy/Black Sandy area in the early morning or trolling crankbaits between Riverside and Spokane Bay. A few perch and numerous small walleye are being caught in the Causeway on jigs and worms or leeches. Troy Humphrey, FWP, Helena