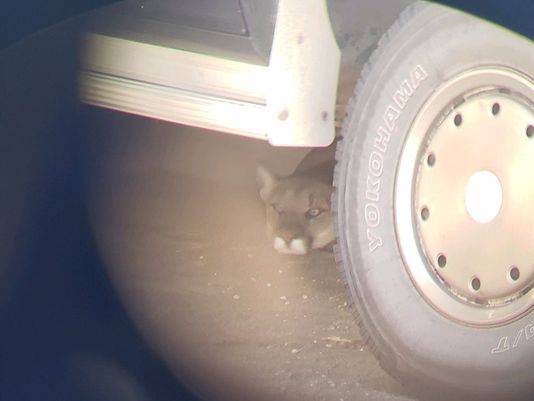 Here’s an interesting story that came from Karl Puckett of the Great Falls Tribune.

Dennis Ackerman, of Cascade County, discovered a mountain lion crouched underneath his Suburban.  Here’s why he called Culligan first. 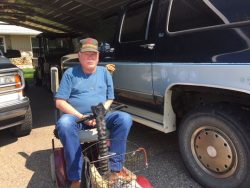 He had to call somebody.

“I called Culligan first, ‘Tell your guy don’t stop here, keep going,'” Ackerman said he told them. “But I didn’t tell him why.”

Water softener salt was supposed to be delivered that morning, and Ackerman didn’t want the Culligan man to be greeted by a lion.

Ackerman wasn’t going to mess around trying to shoo away a mountain lion, even if it was on the skinny side.

Two deputies with the Cascade County Sheriff’s Office arrived first and positioned themselves around the vehicle as the lion watched.

Two wardens with Montana Fish, Wildlife and Parks got there next.

Ackerman, back in the house, watched through the window.

“They finally darted him,” he said.

Tranquilized, the lion staggered out between two vehicles and collapsed by a wheelbarrow. FWP wardens then lassoed the lion around the neck and dragged it away. Later, FWP shot the lion.

Ackerman was not pleased with the outcome.

FWP explained why they shot the animal.  Read the full article by clicking here.