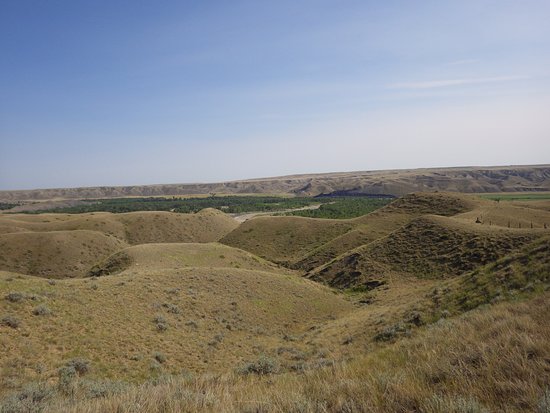 Nearly nine in 10 surveyed Montanans said they have visited a Montana state park and the majority are in search of public trails, according to a new report from the Institute for Tourism and Recreation Research at the University of Montana.

The study was undertaken to assist the Montana Parks in Focus Commission to better understand the extent residents use state parks and which outdoor amenities they seek.

The new report finds Montana residents who visit state parks visited 2.81 different state parks on average in the past year. Sixty-seven percent of all surveyed visitors say they use parks primarily for day use. Meanwhile, 22 percent of surveyed residents prefer to use state parks for overnight use, and 11 percent indicated they don’t use state parks. The top amenities desired by resident state park users are picnic shelters, swimming areas, education/interpretive programs and visitor centers, with trails being the most frequently cited.

“Understanding what the resident state park user desires in their parks is paramount to a successful park system,” said Dr. Norma Nickerson, director of ITRR. “The most frequently cited amenity was public trails. However, age plays a role in the intensity that Montanans desire trails.”

“What we found is that the middle age group could be called the ‘average,’ but the other two age categories basically want and require some very different amenities,” Nickerson said.

Age group differences did occur among day users, but those differences were not as stark. The only significant differences were that younger Montanans were 20 percent more likely to want swimming areas and 15 percent more likely to want playgrounds over the older age category. The data also show little to no difference between residents who live in in the more mountainous (western) part of the state with those who live in the less mountainous (eastern) part of the state.

Ben Alexander staffs the Montana Parks in Focus Commission and says the information will be extremely valuable as the commission works to develop enduring recommendations to strengthen Montana’s overall state park system.

“We wanted to find out what Montanans across the state are looking for when they visit state parks so we can build the park system that delivers the best park experience to most residents,” Alexander said. “It is not surprising trails are in high demand, as they offer a way to experience our natural, historical and recreational parks, while also connecting our parks to nearby towns and surrounding public lands. There is something magic in the way parks connect us all, and trails appear to do that for most state park visitors.”

Nickerson, who also serves on the Parks in Focus Commission, says that although trails are the most popular, state parks need to ensure a variety of recreational experiences are offered for all visitor age groups.

“The message this study sends is that there are common types of outdoor infrastructure that most Montanans are looking for and that we should be providing, but that we also should be cognizant of differences in age and activity type when making decisions on funding or policy decisions,” Nickerson said. “It is so easy to get the average and call it good. In the case of this study, the average could be the 36-55 age group. We also need to consider the needs of younger and older Montanans.”

The ITRR study surveyed 6,193 Montanans ages 18 and older who were intercepted at gas stations and rest areas throughout the state from April through mid-June 2018. The data were weighted to represent Montana’s population and gender.

More information on the study is available at https://scholarworks.umt.edu/itrr_pubs/372/.  All information and reports published by ITRR are available online at http://www.itrr.umt.edu.