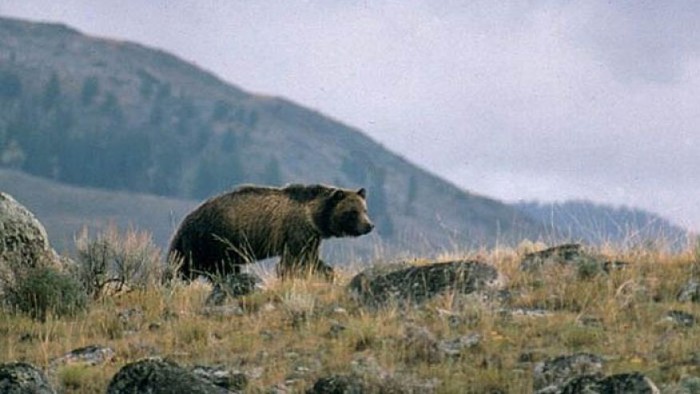 Wallen convicted of killing grizzlies again; set to be re-sentenced
By Moosetrack Megan

A federal judge in Missoula has again found a Bigfork man guilty of three counts of  unlawfully taking a threatened species for killing three grizzly bears in Ferndale in 2014.

Last year Dan Wallen’s previous conviction for killing the grizzlies, which he said had gotten into his chickens, was overturned by the Ninth Court of Criminal Appeals.

Wallen had been sentenced to pay $15,000 in restitution and serve three years probation for killing the bears.

The appeals court found that Wallen did have a reasonable fear of the animals, which had been killing his chickens.

The court sent the case back to Judge Jeremiah Lynch who wrote in a ruling in July:

“The Ninth Circuit remanded with instructions for this Court to  ‘decide
whether Wallen held a subjective good faith belief that he was acting to protect
himself or a member of his family from bodily harm from the grizzly bears.’
The Ninth Circuit made clear that ‘[i]n assessing the credibility of Wallen’s claimed belief
that shooting the bears was necessary,’ the Court “may consider any evidence that
it would have been unreasonable to believe the bears posed a danger to Wallen or
his family.”
Applying this legal standard to the findings of fact set forth above, the Court
concludes the government met its burden of establishing beyond a reasonable
doubt that Wallen lacked a subjective belief he was in danger. As set forth above,
Wallen gave three different accounts of the circumstances surrounding the deaths
of the grizzly bears. The Court finds that the inconsistencies between those
accounts severely undermine his credibility. The Court also finds it significant that
when Wallen spoke to Bartos at the scene that night, he only mentioned shooting at
the third grizzly. It was not until the next day, when Bartos told him that another
dead bear had been found, that he mentioned also shooting at the two bears. This
was a material omission, which the Court finds bears directly on Wallen’s
credibility. Based on the inconsistencies between Wallen’s trial testimony and his
prior statements, as well as his lack of candor when he spoke with Bartos on the
night in question, the Court does not find Wallen’s claim that he was actually
fearful and shot the bears in self-defense to be credible.
In attempt to bolster his claim of self-defense, Wallen points to evidence that
community members and local wildlife management had problems with the bears,
and many of his neighbors were afraid of the bears. But this evidence is not
relevant to Wallen’s credibility, which the Court finds lacking for other reasons.
Wallen also relies on Alison’s testimony that she and her family were all afraid of
the bears. But Alison’s testimony does not change the Court’s assessment of
Wallen’s credibility, which is undermined by the fact that he provided inconsistent
statements about the circumstances surrounding the shootings.
For the reasons set forth above, the Court concludes that Wallen’s lack of
credibility and inconsistent statements demonstrate that he did not in good faith
believe shooting the bears was necessary to protect himself or his family.

Wallen is set to be sentenced on Aug. 15.

The government’s previous press release on this incident is as follows: