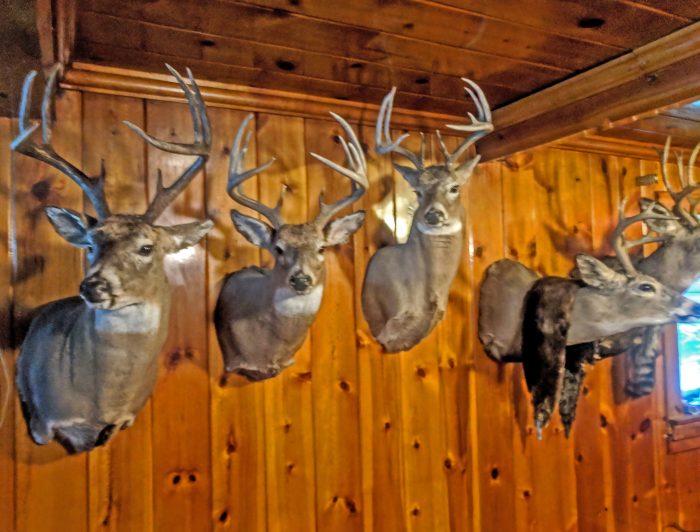 Reunited and It Feels So Good
By angelamontana 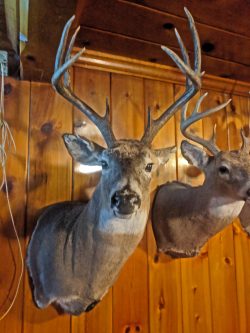 Jason Maxwell, of Superior, recently had a reunion with a buck he hasn’t seen since the 2017 hunting season–and it was a grand reunion.  Kurt Kohn, of the Bitterroot valley, does some of the best taxidermy work I have ever seen.  He has done one of my bucks, and I am obsessed.

Anyway, Jason took the trip down Hwy 93 South the other day to pick up his buck–just in time for his upcoming wedding (well, mine, too)–and wow.  Let me just say this buck is even more awesome than I remembered…and probably than he remembered.  Being Maxwell’s first public land buck, seeing this one on the wall next to two of his other bucks, which were shot on private land, is crazy.  The public land buck dwarfs all of his private land bucks.  The size of this brute’s body (I’m referring to the buck), the size of its head, the size of his rack–this one is a definite beast and one of my favorite whitetails.  I’m a muley person, but man.  If I knew this one’s dad was out there, you better believe I’m all about whiteys now, too!

Congratulations to Jason for shooting and being reunited with such an awesome buck that Kohn Taxidermy sculpted so perfectly to accurately match the description of the memory described to Kurt Kohn back in November of 2017.  He tastes really good, too, which was surprising being that he was so swollen, as he was rutting.

Perfection.   A great day, and a great buck.

I can’t stop singing that song by Peaches & Herb in my head–“Reunited, and it feels so good”.   I feel like I am spoiled because I get to look at this beautiful buck on the wall every day, too! 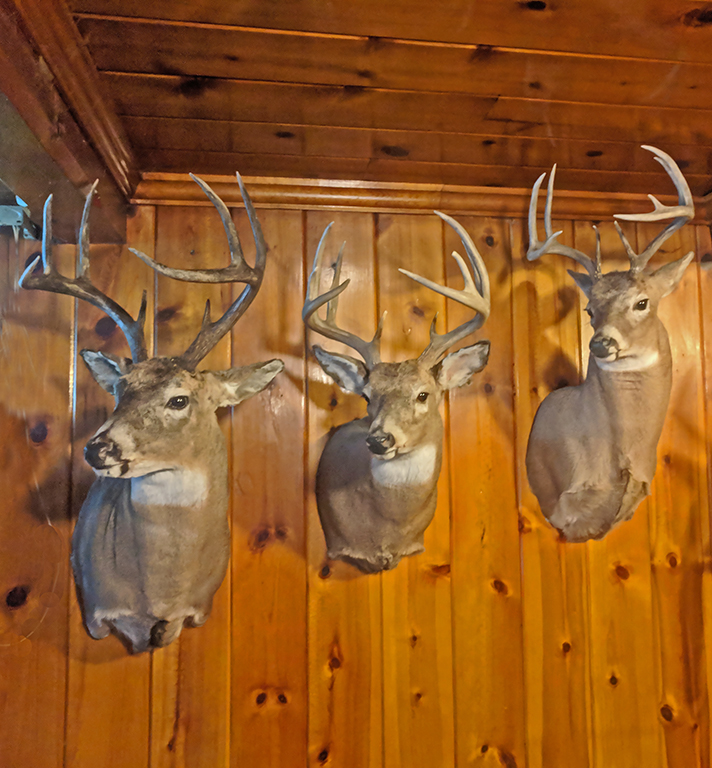 Can you guess which one Jason just brought home? So awesome.

(Feature photo of Jason’s bucks with my bucks…I was told I need my own trophy room because of the random poses I will have–and that works perfectly for me!)