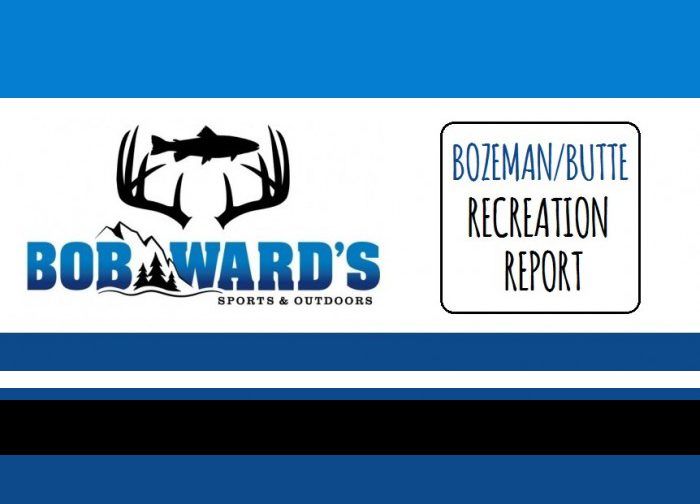 Lower Madison: If the fish aren’t willing to rise, light nymph rigs including crawdads, sculpins and baetis nymphs should work fine fished at about 4 to 5 feet from the indicator. The Zirdle and Dead Drift Craw have been the best crawfish patterns while lightning bugs and pheasant tails have been our best mayfliy nymphs.

Gallatin: If you don’t see many bugs on the surface try an emerger or nymph small (#16-18) and olive in color. The best nymph rig right now is a stonefly nymph or worm pattern to a dark bodied mayfly nymph.

Upper Madison: BWO nymphs and emergers are quite effective along with midge or caddis nymphs. Any time we see some precipitation it could move some worms into the river so expect a San Juan Worm to produce.

Yellowstone: Purple Para Wulffs and Parachute Adams have been producing as the BWO activity is getting really good. Smaller flashy mayfly beadheads and stonefly nymphs have been the best options. Little Spankers and soft hackle Lightning Bugs have been our favorites

Not a lot has changed from last week with the cooler temperatures coming through there’s decreased surface bug activity on the streams in SW Montana & reservoirs. Streamer fishing is still good & nymph fishing has been improving. The Big Hole is fishing good this week as well. Pheasant tails, san juan worms, & bubble back nymphs fished on dropper are still a good bet. Black & yellow or black & white sex dungeons, sparkle minnows, & jj special have still been fishing well.