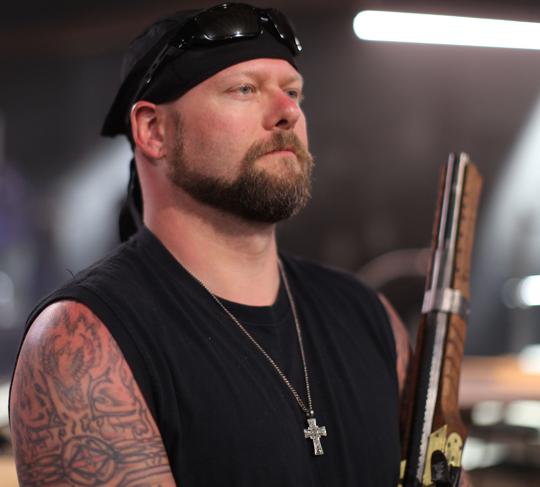 Gentlemen, Build Your Weapons (by Brett French)
By angelamontana

If you like battle axes, early firearms and swords, the Discovery Channel has a new show debuting in November that’s right up your alley – “Master of Arms.” The show features three judges – one of which is Cody Firearms Museum curator Ashley Hlebinsky – who oversee three technically skilled competitors. The competitors must build a weapon similar to an antique one on display. After the build, a former Army Ranger puts the weapon to the test. The two best builders advance to the second round where they are given more time to build another weapon. The winner receives a $10,000 prize.
To learn more about the show, Hlebinsky and when you can see it debut, check out my story at MontanaUntamed.com. http://montanauntamed.com/get-outside/article_3212c624-cdff-517c-a75b-a48d440c562c.html