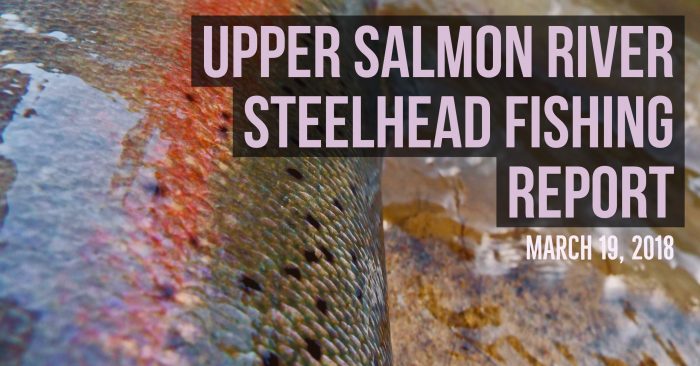 The Salmon River is currently flowing at 1,390 cfs through the town of Salmon, ID which is 105% of average for today’s date. Warm weather throughout the week kept the river’s temperature in the upper 40s during the weekend, and despite some precipitation in the area, the river’s visibility was clear.