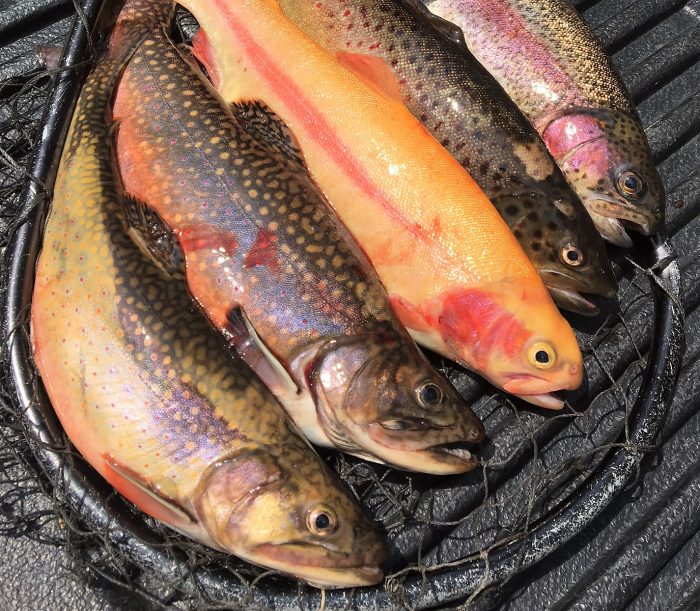 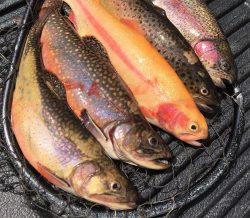 Native Montanans seem to be important to Montanans. The truth is we are all from somewhere else. Montana Trout are no different.

Only a few trout are Native to Montana. The rest are invasive species. Whether accidentally or through stocking, our “Wild Trout” population is filled with Non-Natives.

“A recent study from the US Geological Survey showed that Brown Trout are slowing native cutthroat trout growth and reducing the fish’s survival and recruitment rates in a small Yellowstone River tributary near Springdale.” Two forks of Duck Creek were used in the study. The Cutties had slower growth, tended to long and lean, and had low reproduction rates compared to the competitive Brown trout.

This should come as no surprise but in many ways the damage is done. Browns, Brooks, Goldens, Rainbow trout are all introduced invaders. Many other fish species are also no-natives. The Fishery Biologists had not intended for negative outcomes but…

The only native trout/ troutlike species in Montana were Cutthroats, Grayling, and whitefish. Bull trout are a Char as are non-native Brook trout. Stocking records for Yellowstone Lake and Park show almost every freshwater species available. Ecology was not a real Science until the 1970’s. I remember helping stock trout, as a kid in Yellowstone Park, the Madison, and the Gallatin Rivers. Many of the trout were HUGE! Most were rainbows and Browns. Stocking is now greatly reduced, since the 1980’s, but the damage was done.

The Madison River contains several different genetic variations of Rainbow Trout that spawn at most times of the year. Hatchery bred hybrids were common. Newer stocks of trout that are resistant to disease are now in the mix. The Madison River is also being pounded mercilessly by guide trips and fishing pressure. Throw in some predators like pelicans, and the heat is on.

Eradication of non-native species is near impossible except where waterfalls or barriers can segregate species. The truth is that the Invaders are here to stay. We now need to know what we can do to manage them. Recent examples such as Yellowstone Lake’s Cutthroats and Lake trout invasion, or the Poisoning of Cherry Creek near the Madison, to replant Cutthroats are in evidence.

Trout fishing is BIG MONEY to Montana! Many fishermen have no clue which trout are native and don’t care. They want more, bigger, and may prefer the non -native trout over the natives.

For more Montana Grant, he will be fishing at www.montanagrantfishing.com.