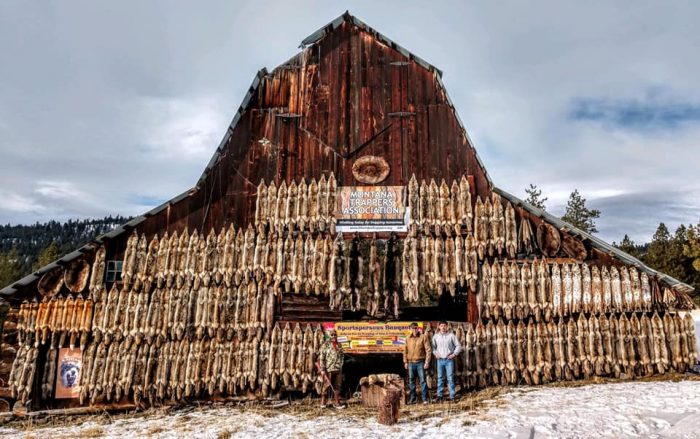 With a nice fourth wolf trapped on New Year’s Day this season, who wouldn’t be impressed by Dan Helterline?  Oh, and did I mention he has done a major part in managing coyotes this year, too?

Take a look at these pictures with a friend of his and a fellow trapper’s catches on January 2nd before selling his fur!  Wow.
Here is the caption Helterline had on his photos:

I had the honor to hang this year’s combined catch with Josh Jurek on the barn owned by Baker Land and Cattle Company. Jim Baker told me this barn was built in the early 1900’s by Willie Wells of Hot Srings. A team of horses were used to skid logs from the surrounding forest in the winter, the horses were also used to hoist the logs into position on the frame. The ranch has been in the Baker family since 1948 and it’s a privilege to be able to help the Bakers with predator control on this property.

There is a combined catch of 125 coyotes, 10 bobcat, 8 fox, 5 wolves, 5 beaver, 3 skunks, 2 otter, 4 mink, 10 ermine and 40 muskrats. Josh is a skilled trapper and was a tremendous help to me when I tore my retina and had to take time off right in the middle of coyote season and I can’t thank him enough. There is a lot of trapping season left we intend to make the best of it! 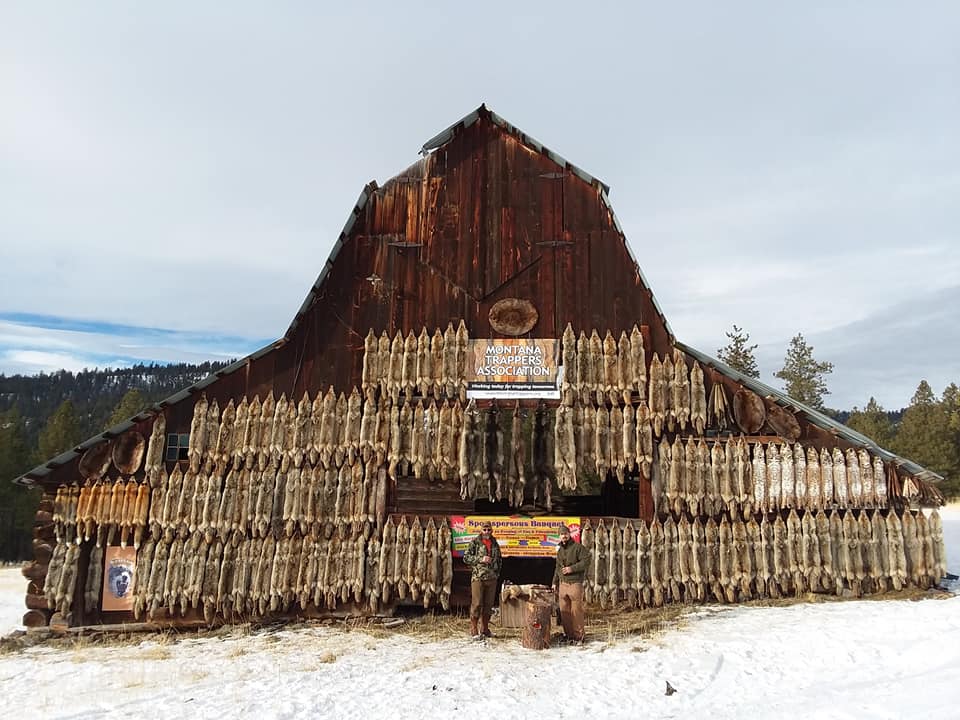 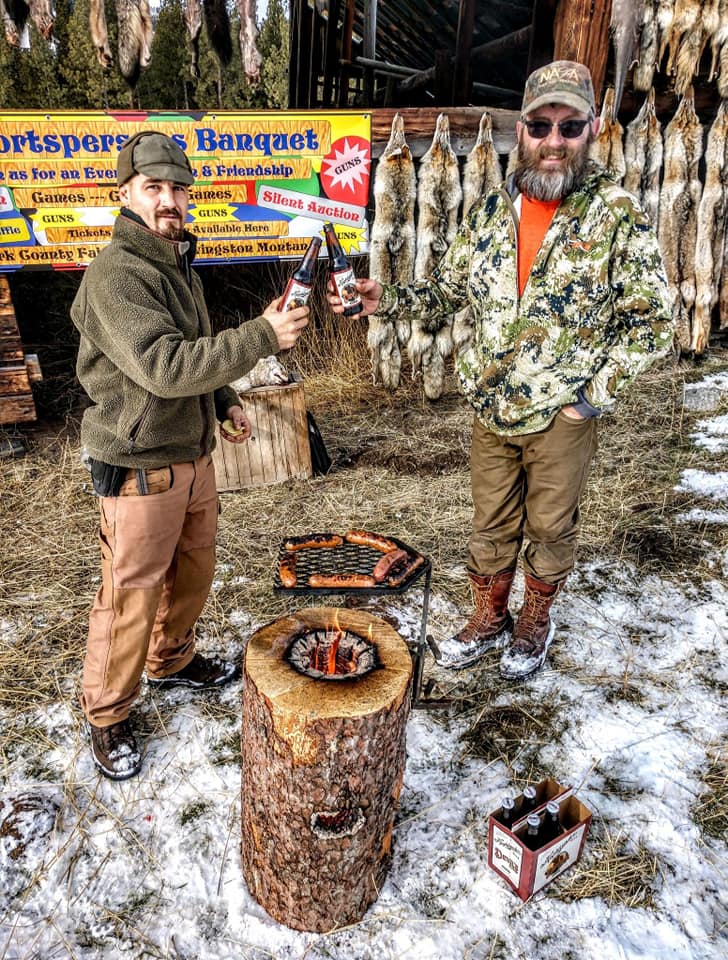 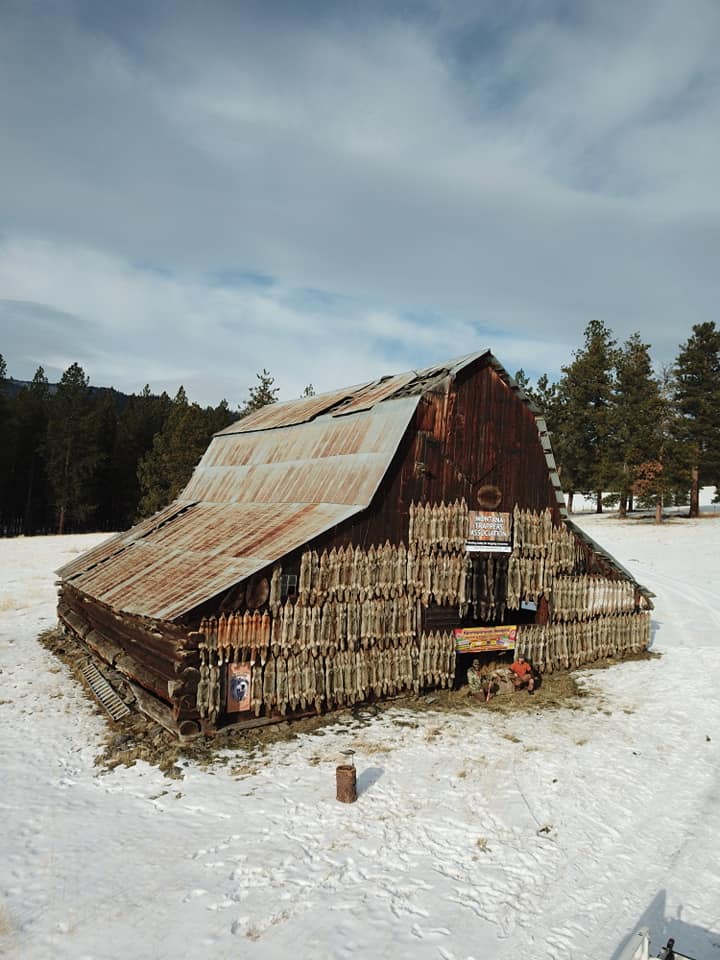 Excellent work, guys!!! You’re a motivator for many sportsmen!

Take a look at his and his daughter Alexis’ catches from 2017-2018 compared to this year with the pic from last year below.  What a bada$$! 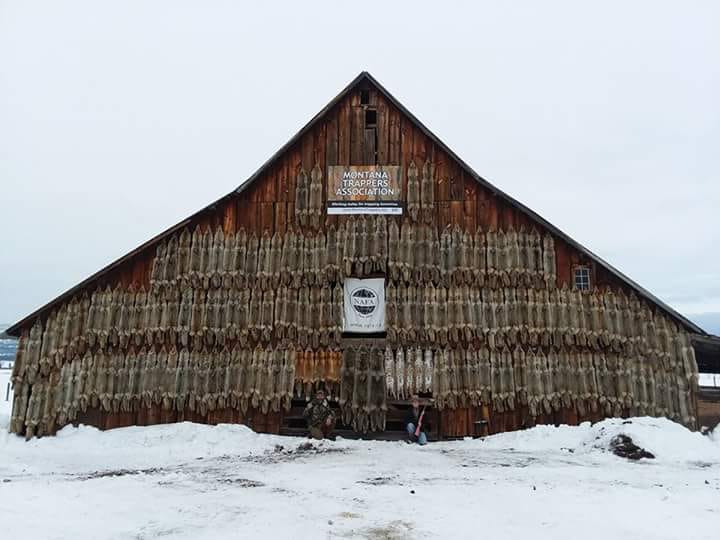 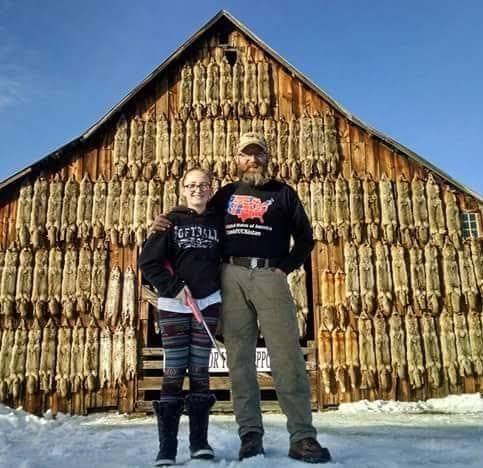