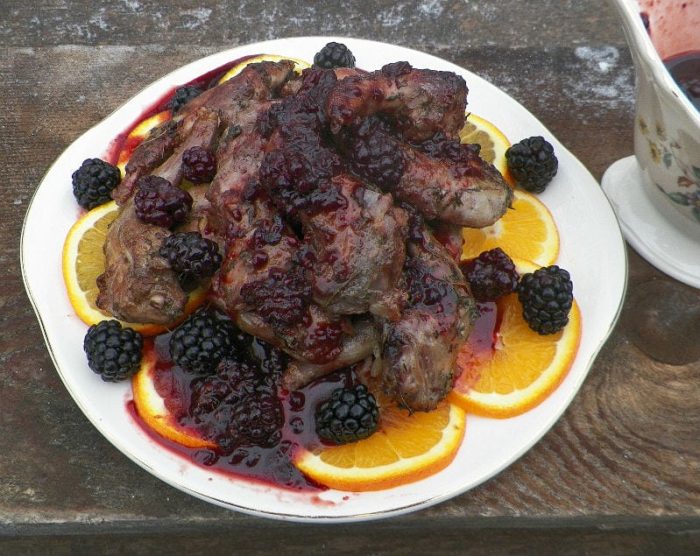 Roast Squirrel ‘Like You’ve Never Had It’ Recipe
By angelamontana

If the thought of squirrel makes you nervous because you haven’t tried it before, then this recipe, posted on Wide Open Spaces,  very well could change your mind. 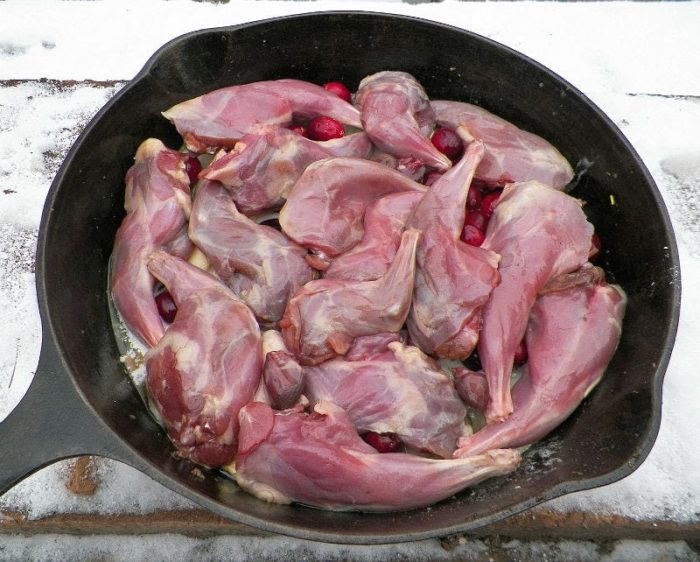 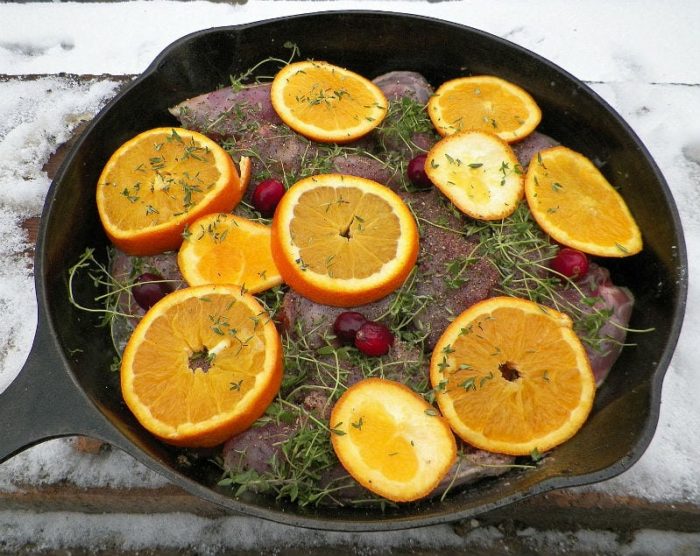 2. Gently melt about ¾ of the stick of butter in a heavy frying pan or large, cast-iron skillet (I’m using cast iron for just about everything these days). Line the bottom of the skillet with a single layer of onion slices and all but one or two of the smashed garlic cloves. Toss in a handful of the cranberries.

3. Lay the squirrel pieces on top of the onion/garlic/cranberry bed, in a single layer and evenly spaced, then add salt and pepper. Sprinkle evenly with thyme leaves. Lay the orange slices on top (you don’t need to completely cover with the orange slices, a few should do the job).

4. Into the oven with the skillet. Set the timer for 30 minutes.

Now for the sauce 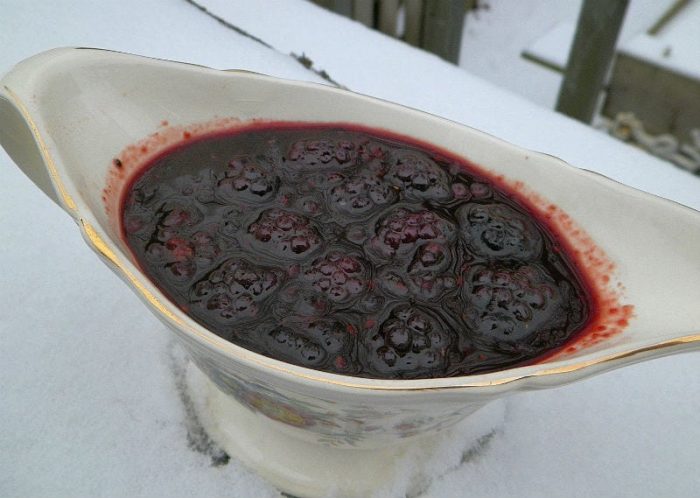 1. Combine the orange juice, orange peel, molasses, brown sugar, ginger, a couple cloves of smashed garlic, orange liqueur and a big handful of cranberries in a sauce pot. Heat to boiling, stirring constantly. Once it hits boil, turn the heat down and let it simmer, stirring regularly. Salt and pepper to taste, about a teaspoon each.

2. After simmering for 10-12 minutes, strain the liquid from the chunky stuff through a strainer, pressing the juice through the strainer with a rubber spatula. It doesn’t have to be completely clear of the little bits, at least not for me. Return liquid to sauce pan and put on a low simmer.

Add most of the blackberries and loosely smash them to break them up a bit (save a few to add to the final plating). Reduce until you get the thickness you’re looking for. You could add that last ¼ stick of butter here if you wish, to give it a little more richness. I chose not to.

Back to the squirrel

5. After 30 minutes, remove skillet from oven and with tongs turn each piece of meat. There should be a good amount of liquid in the bottom of the skillet, but the meat should not be completely submerged. Cook for another 30 minutes.

6. After 30 minutes, turn the pieces of squirrel meat one more time and set the oven on broil. Broil for only 3-5 minutes or so, just enough to give a nice browning to the surface of the meat.