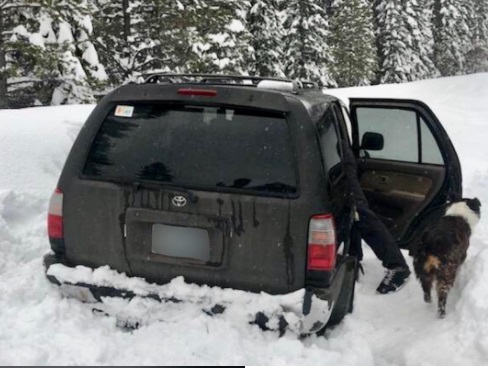 Jeremy Taylor, 36, of Sunriver, and his dog, Ally, are now safely back home after his Toyota 4Runner got stuck in in the snow on Forest Service Road 40, near Wake Butte. He was found by a snowmobiler on Friday and then rescued by Deschutes County sheriff’s deputies.

“The only thing that he had eaten over the last five days was a few taco sauce packets that he had in his vehicle,” Deschutes County Deputy William Bailey said after the rescue. (via NBC Montana)

According to NBC Montana, Taco Bell stated that they are very glad the Oregon resident, Jeremy, is okay, and they reached out to him, saying they will give him “well-deserved tacos and a care package”.

This is just another reason why you might as well throw your extra sauce packets in your glove box rather than throw them away.  You never know when they will come in handy!