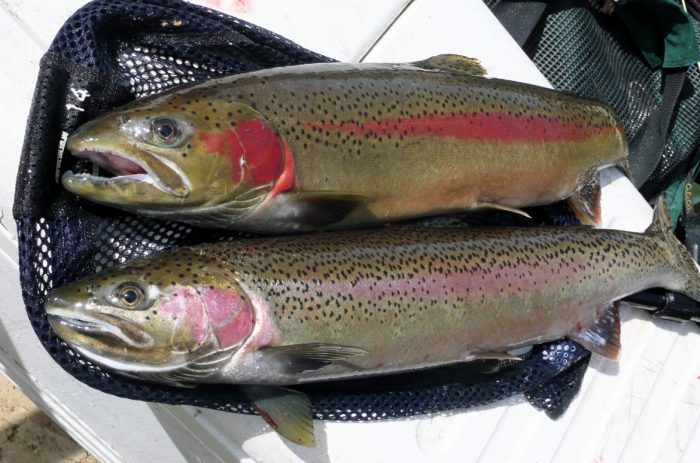 During the week of March 18th, steelhead angler effort on the upper Salmon River began shifting upstream to the Ellis and Challis, ID areas. Effort upstream of the East Fork Salmon River in location code 19 remained light, but anglers were beginning to fish this area.

Currently, the Salmon River is flowing at 1,210 cfs through Salmon, ID which is close to average for this time of year. River conditions slowly deteriorated downstream of Salmon, ID throughout the week and by Sunday, the river was cloudy in all areas downstream of the Pahsimeroi River. Conditions upstream of Challis remained good. Mid-day water temperatures were in the mid to upper 40s.

Additionally, as of Monday, March 25th the Pahsimeroi Hatchery has trapped 102 hatchery steelhead.