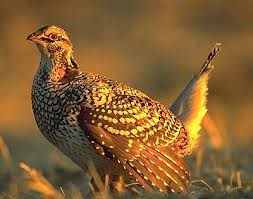 FWP would achieve this objective through reintroductions of sharp-tailed grouse in core areas with the most suitable habitat: the Blackfoot Valley; the northern Bitterroot Valley; and the Drummond Area.

FWP would capture a total of 75-180 grouse each year for five years across Regions 4, 5, 6, and 7. Capture locations would be dispersed in a way that would minimize impact to source populations.

The Western Montana Sharp-tailed Grouse Reintroduction draft environmental assessment was released for a 30-day public comment period on Feb. 15. FWP received 52 comments for the draft EA. The public comments were generally positive and supportive in nature with few comments either neutral or non-supportive. The draft EA did not identify any significant negative impacts through the proposed action to Montana’s sharp-tailed grouse population.

The Fish and Wildlife Commission is scheduled to review the proposal at its April 25 meeting in Bozeman.

Sharp-tailed grouse are native to Montana and classified as an upland game bird, but there has not been a hunting season in the western part of the state since 1948. Populations west of the Continental Divide were thought to be extirpated by the mid-2000s, and restoration and conservation has remained an FWP priority. Sharp-tailed grouse populations in other areas of the state have remained stable, likely due to large landscapes of suitable habitat.

The decision notice for the Western Montana Sharp-tailed Grouse Reintroduction environmental assessment was published April 4, 2019, and a copy is available online at http://fwp.mt.gov/news/publicNotices/.