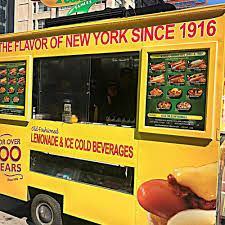 Is NYC REALLY banning hot dogs and all processed meats?
By angelamontana

Just when you think you’ve seen every ridiculous headline in what has become a more bizarre world we live in, you may have run into a headline about New York City and banning hot dogs and other processed meats.  It isn’t Montana news, but it still caught our attention.  So, is it true?  Here’s what we found…

An article by Deanna Moore with Litefm.iheart.com stated that New York City is the “first city in the United states to eliminate processed meats.”

According to the article, MayorBill de Blasio approved a $14 billion Green New Deal on Monday, April 22, to “combat climate change”.

The plan will cut purchases of red meat by 50 percent in its city-controlled facilities such as hospitals, schools, and correctional facilities. The new commitment builds off of the Meatless Mondays campaign that was adopted by all NYC schools in 2017.

“It is a difficult plan. It is a necessary plan…. Estimates that tell us that we have only 12 years to get it right. Let’s be clear, we have until 2030 to change things fundamentally, or our lives won’t be the same,” de Blasio said at an Earth Day event yesterday.

The plan is to reduce greenhouse emissions by 30% by 2030 with this deal.  It is believed that this change will create new jobs and also make NYC more energy efficient with mandatory upgrades to large buildings that will “lower their energy usage and emissions or they will face steep penalties.”

You can check out the original article here.

However, Snopes reported that there is no banning of hots dogs and other processed meats, HOWEVER, the city is definitely cutting back on purchasing processed meat for government-run facilities.

First, hot dogs are not being banned throughout the city. The city government plans to reduce the purchase of processed meats consumed at city-run facilities, such as hospitals, public schools, and correctional facilities, but this policy will have no effect on vendors, restaurants, grocery stores, or any other privately owned businesses that sell hot dogs, or on their customers who eat them.

Second, the city’s plan to reduce the consumption of hot dogs is only partly based on an effort to “improve climate.” NYC’s “Green New Deal” policies are part of the city’s “OneNYC 2050: Building a Strong and Fair City” strategy. While these policies address climate-change issues, they also deal with community well-being and the general health of the city’s population. The section of OneNYC 2050 dealing with processed meats can actually be found in the “Healthy Living” portion of this strategy. More specifically, the section dealing with processed meats explains that reducing the consumption of hot dogs will lower the risk of heart disease and cancer.

Here’s the relevant section of OneNYC 2050 (emphasis ours):

The City will shift away from goods that have an outsized impact on the environment and identify opportunities to reduce waste and cut GHG emissions throughout City government. Through updates to our Environmentally Preferable Purchasing (EPP) and executive action, we are ending the purchasing of unnecessary single-use plastic foodware, reducing the purchasing of beef, and phasing out the purchasing of processed meat.

Processed meat consumption is linked with increased risk of cancer and is often high in saturated fat and sodium which is linked with heart disease. This policy would offer health benefits to the most vulnerable New Yorkers.

New York City announced a “Green New Deal” in April 2019 that would reduce the amount of processed meat purchased by government-run facilities such as hospitals, schools, and correctional facilities.

So, there you have it.  Just another reason to not believe every headline you read on social media without doing research.