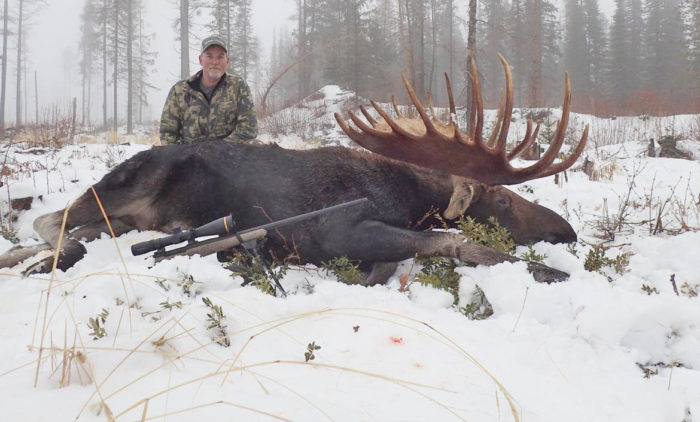 How about that world record bull moose that came from Washington?  WOW.

Check this out from By Eli Francovich with The Spokesman-Review:

With fog blanketing the dense slopes of Northeast Washington and only two days left in the 2018 moose season, Jim Hall wasn’t optimistic.

The 52-year-old from Buckley, Wash. had spent the better part of two months hunting for the large ungulate. The once-in-a-lifetime tag meant that, in two days, his chance would be over after applying for the coveted tag for nearly 30 years.

“Things were pretty bleak,” he said in an interview Monday.

He’d already passed up a few shots on legal moose earlier in the season.

“I was regretting it a little bit,” he said. “But I was more thinking that I should have pushed harder before the season started to scout more.”

On Nov. 28, 2018, Hall and his hunting partner Jason Parlari, headed into an area recommended by an local acquaintance. The duo was hunting near Republic, Wash. in Game Management Unit 101. 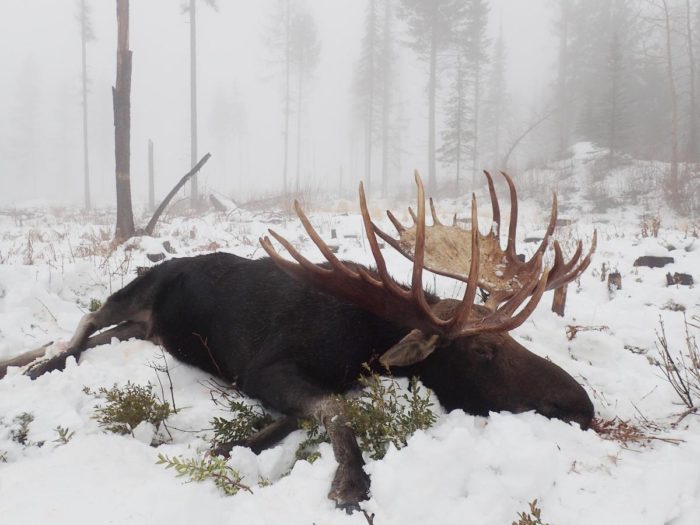 To read the full story in The Spokesman-Review, click here.  It’s a good one!