Linq Up! (with Colonel Smoothbore)
By angelamontana

Crimson Trace®, an Oregon Company, has produced many innovative light and laser aiming devices over the last couple of decades. Lasergrips® are available for just about any handgun on the market including the polymer framed models such as M&P®, Glock®, and the XD®. Laserguard® bolt on laser sights give the compact and sub-compact carry guns a much improved sighting system. In addition, the Railmaster® series add to the capabilities of numerous firearms and their applications. The company even offers green lasers in some of the above named series.

Now, Crimson Trace® has moved into “smart” technology with the LiNQ system. It is based on the Railmaster Pro® series of grip, laser, and light combinations. What is really cool about LiNQ is it is wireless; it operates on a system akin to Bluetooth, but it is not the same as Bluetooth.

The LiNQ system consists of two units, a laser-light module that attaches to a Picatinny or Weaver-style rail, and a hand grip that has the instinctive controls that Crimson Trace® users will be familiar with. The laser is green, more seeable in daylight, and the light is a 300 lumen unit that will pretty much blind any assailant. The grip controls the module functions that include functions include laser, light, laser/light and laser/strobe modes. Mounting and pairing takes just a few minutes and an LED shows that pairing is complete and the units are operational. The LiNQ system uses CR123 batteries and at introduction the manufacturer’s suggested retail price was $ 549.00. A recent check at the company’s website show the unit available at a special price of $379.00; that’s $ 50.00 less than the new MSRP of $429.00. 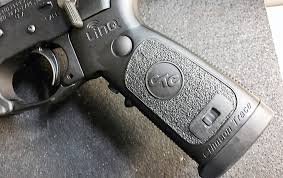 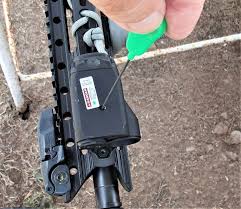 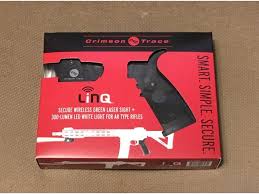 The LiNQ system eliminates the wires and pads needed to run laser-light handgrip combos. It really makes for a much cleaner, neater accessory and I’m sure LE and military organizations will really find the system a great upgrade for their operatives. In fact, I predict that other manufacturers will follow suit and produce similar product, and with that production the costs will come down. 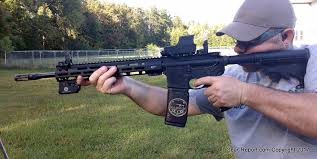 The LiNQ system is a great idea and a natural evolution in laser-light technology. I’m willing to trust a system like this for laser and light applications, but I will never trust “smart” technology when it comes to my personal defense firearms. I’ll only use the springs, slides, and triggers that have been reliable lifesavers for hundreds of years.