In the NICS of Time (with Colonel Smoothbore)
By angelamontana

The National Instant Criminal Background Check System (NICS) has been in place for about two decades. Whether it aids in reducing crime is a subject for another column. What it does do is cost lots of taxpayer dollars and causes a great deal of consternation among gun rights and privacy activists. The history of NICS is fraught with accusations and admissions that the law has not been followed as it was written.

NICS is a product of the Brady Bill which required background checks by Federal Firearms Licensees when they sell a gun. In other words, the Federal Government is the arbiter that decides whether or not you can purchase a firearm. On a personal level, I have never had a problem with a firearms purchase, but I have friends who have. All have been victims of mistaken identity and were subject to undeserved waiting periods. Many states, Montana included, waive the background check if the purchaser has a CWP. For those of you with a Montana CWP, check your permit and you will find a NICS ID number. This speeds the purchase of a firearm and eliminates problems that can occur with NICS. 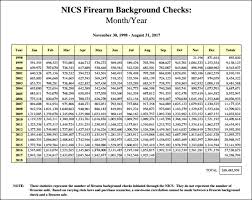 The FBI operates the NICS system and the number of employees needed is in the thousands. The last couple of years, over 20 million purchases were run through the NICS computers. These checks are almost all completed over the phone. I’ve tried to find out how many taxpayer dollars are spent on the system, but quite honestly, I’ve been unable to find a reliable amount, but it is no doubt, a bunch.

Sadly in the last few years our country has been subject to some horrible shootings that resulted in multiple casualties. With each of these tragedies, gun control advocates trot out the same tired and lame arguments, including the call for “universal” background checks. When pressed as to whether or not these checks would in any way have prevented the crimes, the answer is nearly always NO. Firearms are the most regulated product in our society and gun rights activists, myself included, simply don’t trust that further restrictions on firearms ownership will stop with “universal” checks. With an estimated 300 million guns in this country, it will be impossible to know if the private sellers and buyers are complying with the law. The next step is registration and everywhere in the world, registration has eventually resulted in confiscation. We have been told that will never happen here, but I remain a steadfast skeptic.’ 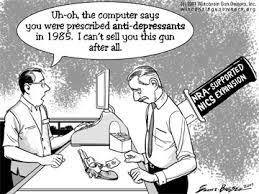 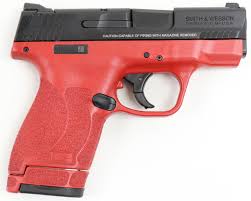 So we have a very expensive and a very intrusive system when it comes to background checks. There is a better way and it is called the Blind Identification Database System (BIDS). The BIDS system was designed by Brian Puckett and Russ Howard and in a nutshell it will do everything that the NICS system does at a fraction of the cost and without the intrusion of the Feds into the purchase of private property by law abiding citizens. The BIDS system will aid in preventing illegal gun sales and more importantly prevent illegal gun registration. BIDS is a very simple safe system; here’s a quick primer on its operation. Encrypted data is sent to FFL dealers; this data can be constantly updated and is available 24/7. When an individual purchaser is entered into the database along with some other identifying information, the purchase would be approved or rejected. There would be no transfer of data to the government, no possibility of a “record” of purchase, no invasion of privacy, and no secret registration list. Persons prohibited from purchasing a gun would be identified, just like the NICS system does, but at a fraction of the cost of NICS. It is a win win for all of us. If you would like to know more about the BIDS system, I suggest you use the following link to gunlaws.com and the article by Alan Korwin, it’s a great read and one of the most informative articles concerning background checks I’ve ever found.