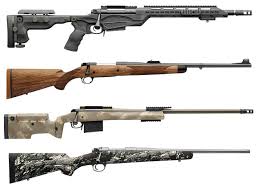 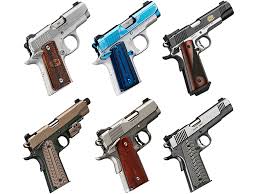 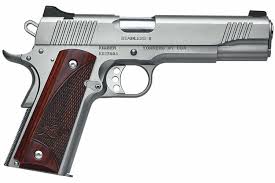 Kimber has many new offerings including several rifle models, the Amethyst Ultra II pistol in 9 MM Lugar, and the K6s revolver. It’s the K6s we’ll look at today.

The K6s is chambered in .357 Magnum. It’s an all stainless steel small frame revolver weighing about 23 ounces. Originally the gun came with a shrouded hammer and is a double action only (DAO) handgun. Now there are 8 different models Barrel lengths vary and the cylinder is 1.39 inches in diameter. The double action trigger pull is claimed to be 9.5 to 10.5 lbs. and several writers who had the chance to shoot the gun verified that claim. Kimber’s little revolver is about 4 ½ inches high, 6.6 inches long, and 1.39 inches wide, which of course is the cylinder’s diameter. The revolver has a pinned front sight and a dovetailed rear. Both can be replaced with aftermarket choices. All edges and corners have been rounded making this gun a natural for its intended purpose, concealed carry.

The K6s is about the same size, weight, and style as the Smith & Wesson Model 640, but the big difference is the cylinder. The little Smith J frame holds five rounds, the Kimber six; in fact the K6s is the narrowest 6 shot .357 Magnum revolver available. The Kimber is a bit more expensive with a suggested retail price of about $ 900; the S&W 640, $ .00.

Kimber has a reputation for making fine, quality guns. I’m not sure if the K6s is worth another $ 70.00 more than the 640, but one more round and the ability to put different sights on a personal defense gun just might mean the difference in a lethal force encounter. That’s why we have choices when we pick the tool that might save our lives.