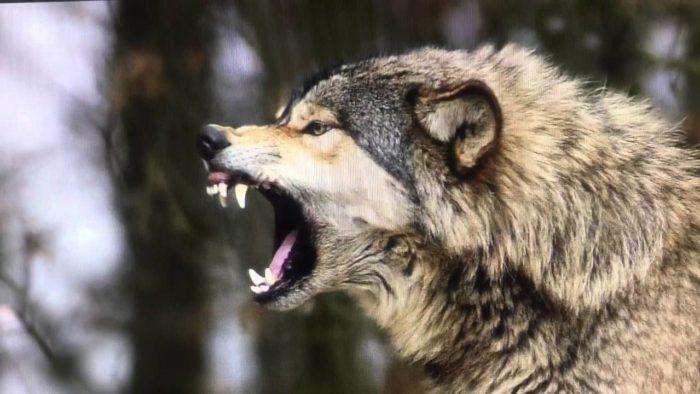 A wolf tried to drag a New Jersey man out of his tent that he occupied with his wife and two young sons in the middle of the night in Banff.  Following the incident, Russ Fee, whom witnessed the attack gave his account.

Russ Fee thought the panicked voices rising from the campsite next to his were from parents whose child had gone missing — until he heard both a man and a woman desperately scream, “Help!”

Panicked himself, Fee fumbled with the zipper on his tent, finally got the mesh door open and rushed over with a lantern in hand.

At the neighbouring campsite, the Calgary man saw a wolf trying to drag something from a destroyed tent, like a dog yanking at a bone.

“It was just so much larger than any dog I’ve ever seen,” Fee told the Calgary Eyeopener on Tuesday.

He went on to say that he kicked the wolf and immediately regretted it, as it was out of his “weight class”.

“I immediately regretted kicking it, but as soon as it popped out of the tent, Matt came flying out. His whole half side was just covered in blood, but he was pretty amped up too, so we both just started screaming at it.”

CLICK HERE to hear the interview with the Russ Fee on the incident.

Here is the post from Elisa Rispoli–whom was in the tent during the attack: