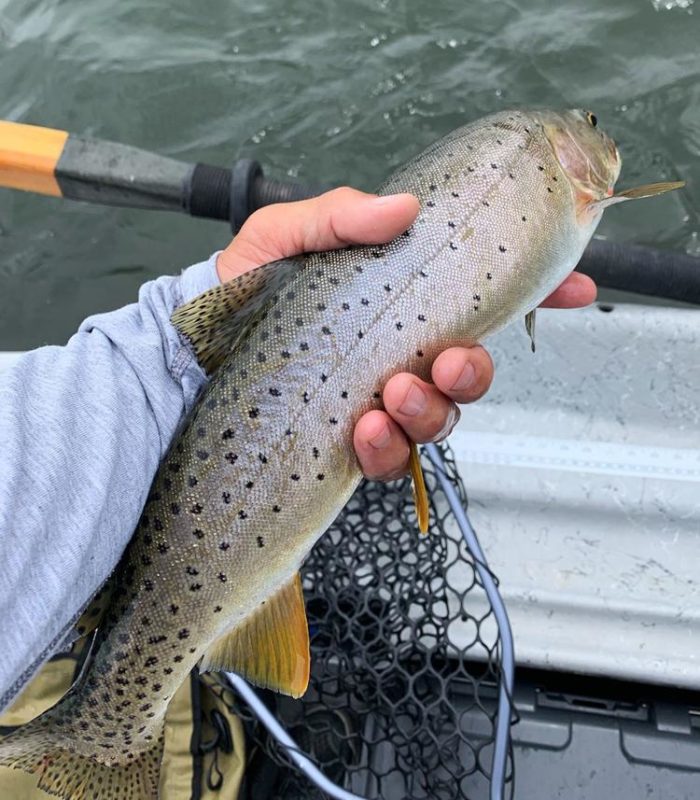 Something fishy about Bighorn trout (by Brett French)
By angelamontana

Billings guide Andy Elser was in a bit of a hurry in July as two of his clients hooked fish at the same time on the Bighorn River. Yet he quickly snapped a photo of the first fish landed, which appeared to be a Yellowstone cutthroat trout. The Bighorn is known for its rainbow and brown trout fishery, although a beefy northern pike was caught a couple of years ago. So was it a cutthroat, and if so where did it come from?

Check out my story in the Billings Gazette to find out more: https://billingsgazette.com/outdoors/unusual-catch-cutthroat-trout-hooked-on-bighorn-river/article_aaeed5b7-07ea-58f7-820e-f7679151e422.html